Hot Takes: a fan’s rant on the New Orleans Pelicans

As the final buzzers of March Madness sound and April casually caries on, it’s now time to focus on the only thing that matters today in 2018: the NBA Playoffs. Be warned if NBA basketball isn’t your thing, and you came here looking for something funny or insightful, sorry to disappoint. Many of you may be aware of the current playoff standings and scenarios, but again there’s really only one team that’s even worth following this year.

No it isn’t the heavily favored reigning champs, the Golden State warriors, nor the dominant 1st seed out West, the Houston Rockets. No, this year has been a ride for our very own New Orleans Pelicans. I’m here to proclaim something. I’ll shout it from the rooftops loud enough for all to hear, but everyone should know one thing and one thing only. The Pelicans are finally back.

As of this article’s writing, our Pels sit at fifth in the Western Conference standings, with a chance to clinch a playoff berth tonight against the Los Angeles Clippers. Having not been in postseason play since the 2014-2015 season, the Pelicans’ fan base has been yearning for some playoff basketball for quite some time.

Behind a MVP caliber season from big man Anthony Davis, a strong yet untimely shortened year from Demarcus Cousins, a career renaissance for Jrue Holiday and Rajon Rondo and the important contributions of roll players such as E’Twaun Moore and Nikola Mirotic, the Pelicans are finally seizing the chance to play basketball well into the spring and hopefully the summer.

To say that this season has been a success depends on who you ask and how they define success. Some see clinching a playoff berth as a success, considering the Pels’ recent failures. Others sit and ponder how much better this team could have been if not for losing Demarcus Cousins earlier in the season. Whether or not you see the regular season as a success, failure or somewhere in between, the odds are in our favor. Playoff basketball is (hopefully) headed back to New Orleans, and it’s time to have faith.

The only way the Pelicans get out of the Western Conference, as unlikely as that may be, is if we as fans rally behind them. To compete against and ultimately defeat teams such as the Golden State Warriors, Houston Rockets or Portland Trail Blazers, the Pelicans are going to need all of the support that they can get. This is a team that has struggled mightily in the past few seasons just to stay relevant.

New Orleans is finally getting the basketball team it both wants and deserves, and it’s only getting better from here. With the possibility of re-signing star center Demarcus Cousins this offseason, I feel that making the playoffs and competing this season will simply be a test run for the Pelicans. It’s time to see what they can do, and get excited for the future of this team. So if you’re like me and you give a damn about basketball, be sure to keep an eye out for our New Orleans Pelicans. 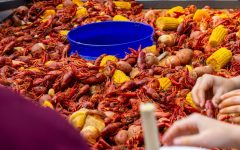 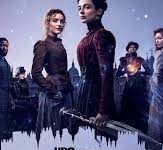 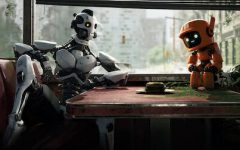