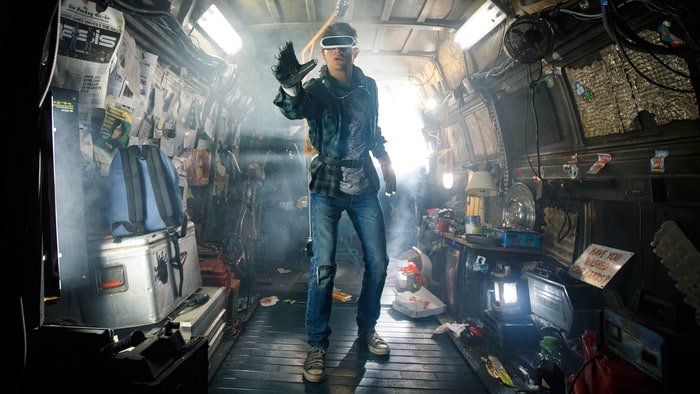 Ready Player One directed by Steven Spielberg, is a Sci-Fi adventure film that’s main objective is to take a shot at bringing nostalgia to viewers, rather than entertainment. Through the use of impressive special effects and animation, the movie was able to achieve its goal of being a nostalgic experience, for the most part.

Based on Ernest Cline’s novel released in 2011, the film portrays the adventure of a socially awkward, orphaned, teenage boy who finds his true purpose within a virtual reality game called “the OASIS.”

Because the future world in 2045 offers an undesirable life, our hero, Wade, better known by his OASIS alias Parzival, and most of the rest of the world spends all of their time inside of the virtual world. If the story already seems uninteresting, then this film is probably just not for you. For those of you who can enjoy the idea of being rewarded from video games, Ready Player One is probably a little more up your alley.

The main plot of the film involves our hero, along with his clan “The High Five,” hunting for the most challenging Easter egg of all time, or chasing after the hidden rewards by completing challenges within the virtual world. The completion of these challenges yields the prize of inheriting the hundreds of billions of dollars in the fortune of James Halliday, the late creator of the OASIS. The “gunters,” as the egg hunters are called in the film, are racing against other players as well as an organization of players to obtain the prized treasure.

Aside from the plot, the film creatively offers nostalgic scenes reminiscent of popular works such as The Shining, The Iron Giant, Citizen Kane, several original Nintendo games, etc. While it’s unclear if the inclusions of these works’ legacies were just a cheap shot at our nostalgia for a quick cash grab or a genuine attempt to honor these works, the incorporation of them was definitely appealing to viewers.

If you are interested in taking a trip into the future, while experiencing some nostalgia along the way, then Ready Player One is a film that you may be interested in watching. Although the script could have been written considerably better, the plot, creativity, and visual effects still made for a strong showing.