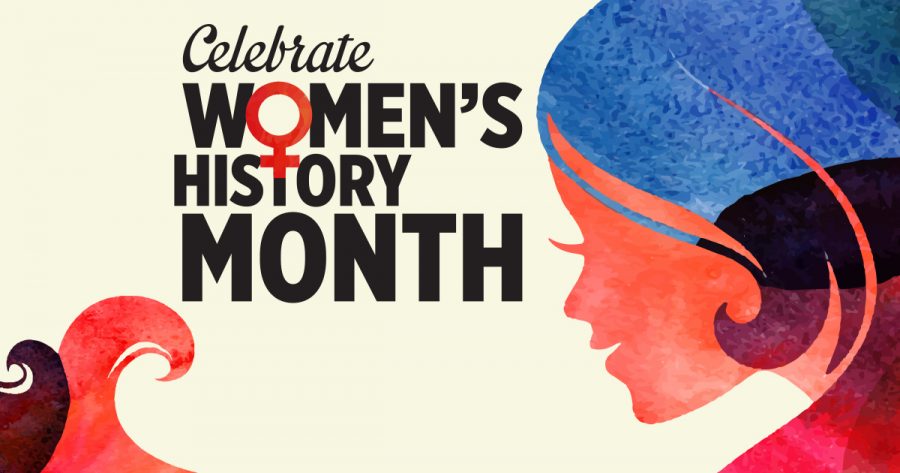 Organizations at Nicholls hosted a plethora of events this week in honor of National Women’s Month. While attending these events, I began reflecting on how far we, as women, have come. From being oppressed by societal norms to finding and utilizing our voices, we have seen those voices grow stronger and address more issues to influence our history. Together, women built a social movement aimed to eradicate gender stereotypes and the social, economic and political injustice toward women.

I think it is important for women and men alike to dwell on the women who fought for gender parity and the progress of the perception and representation of women since the 19th century. With that being said, here is a stroll through history. Women’s feminist movements can be categorized into four “waves” throughout the years.

Wave 1
The first wave, beginning in the late 19th and early 20th centuries, was influenced by bold females who recognized the lack of opportunities for women. Women and men participated in demonstrations and protests to provoke constitutional amendments for equal rights.

Before this initial movement, a woman’s worth was solely defined by how well she could cook, clean, raise children, host dinner parties, present oneself, etc. These characteristics, although great to have, limited us to few opportunities of advancement in life. Being confined to only “housewife duties” prohibited us from utilizing our intelligence and showcasing our potential. Moreover, it was also a part of the social norm to ignore women’s thoughts and feelings.

We should be appreciative for the bold women that recognized our potential value and helped influence the public to perceive us as equals. I cannot begin to fathom their vulnerability to criticism and how it affected them. I admire their persistence and determination as it inevitably led to our most significant achievement, the ratification of the 19th Amendment in 1920.

I give thanks to the National American Woman Suffrage Association and National Women’s Party and their leaders, Carrie Chapman Catt and
Alice Paul, for my freedom to vote. Those women were not yet satisfied. As a result, the Equal Rights Amendment came to the forefront and was eventually ratified by all states.

Wave 2
Between the 1960s and 1990s, social reforms and civil rights movements continued to emerge, enlightening citizens about societal, economic and political issues. Women took this opportunity to support other groups as well as push their cause for more change.

During this second wave of feminism, women were not only focused on gender and social equality but also the rampant sexualization of women. Through stunts, protests and lobbying efforts, they shed light on the issue of women being treated like objects. Feminists continued to inform people of our collective and individual strengths until they began analyzing stereotypes placed on women and men.

In doing so, feminists were successful in placing women in educational, political and economic leadership roles, funding more sexuality studies and providing scholarships for women.

Wave 3
The third wave of feminism emerged in the mid 1990s. This is where I see young women’s attitude begin to evolve. Women, although still viewed as fragile, struck the nation with bold opinions. Women united to uplift one another. Together, feminists identified male oppression and discussed the idea that women can be both sexy and smart by defying all behavioral norms and rules for women.

It must have been so liberating to wear something a little more revealing, smoke cigarettes or wear that daring shade of lipstick their mothers hated. Unfortunately, I think our generation takes these, among other freedoms, for granted.

I also find it is interesting that these third wavers did not like to be identified as feminists because the term was exclusionary, although several of the women’s organizations were only open to women. Nevertheless, hats off to you ladies for standing for our individuality.

Wave 4
The fourth and current wave of feminist history is upon us. Young millennials and Hollywood stars, outraged by the ongoing outright disrespect toward women, voice their concerns about sexual harassment, rape and violence. You also see young feminists pushing back against the notion that “skinny is the only beauty.”

I love seeing girls complimenting other girls to boost their confidence. I love seeing girls identify double standards and encouraging people to do the same. I love the positivity. However, in many cases, young females are contradicting national feminist objectives through their strategies of fulfilling other objectives. Allow me to explain myself.

Feminists don’t appreciate being sexualized by men and are offended when men make derogatory comments and/or catcall them. However, the women getting offended are sometimes the ones that sport extremely revealing clothing to communicate their “respect and love for their bodies.” So, in a large way, I think young women sometimes unintentionally put themselves in the position to be sexualized. The same girl posting practically nude photos on social media is also the same girl complaining that a guy received a job over her due to gender bias.

Newsflash, the reason is probably more closely related to the fact that her revealing photoshoot is communicating to future employees that her body is her only worth instead of “capturing her self-love.” I think it’s important to remember that we represent ourselves and simultaneously communicate our value through our actions and words. Let’s not forget that powerful women worked hard to break those gender stereotypes and allow for us to be recognized as worth something more than just a pretty face.

I see modern feminism as a new animal that’s separating men and women instead of the very opposite. I often see feminists attack guys on social media for gender double standards; but I also see instances where women hypocritically give men double standards too. I think this lack of message consistency contributes to men and women’s dislike for feminism.

I think it is also interesting to note that television, entertainment and the media largely reflected our gender roles throughout the years. When television came to the forefront of the entertainment world, women were portrayed as the ditzy housewife or blonde secretary, establishing and reinforcing the stereotype. It was plain to see that women’s role in the media only existed to support men. Women finally started receiving bigger character roles, but were still dressed in revealing clothing and were the butt end of stereotypical jokes.

As time went on a little further, actresses were given leading roles as highly respected professionals. Now, television entertainment is reflecting and celebrating our diverse world. However, I notice that women are still being heavily sexualized and stereotypes are even more present for laughs.

As a woman that has been greeted with a long list of opportunities, I can’t help but to feel anger for those that weren’t offered the same due to their gender. As women, we should be more appreciative of the opportunities we have been given instead of focusing on such trivial first world problems. We should continue to defy harsh gender stereotypes and boost each other’s confidence. Lastly, we should continue to hold ourselves and each other accountable for our actions. 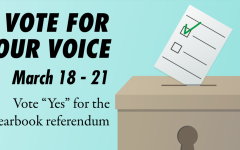 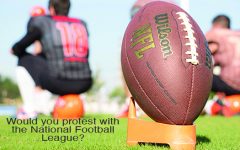 It’s not rare for a president of a university to resign his position, but why is it that students are always the last to know about changes that occ...