Movie Review: A Wrinkle in Time 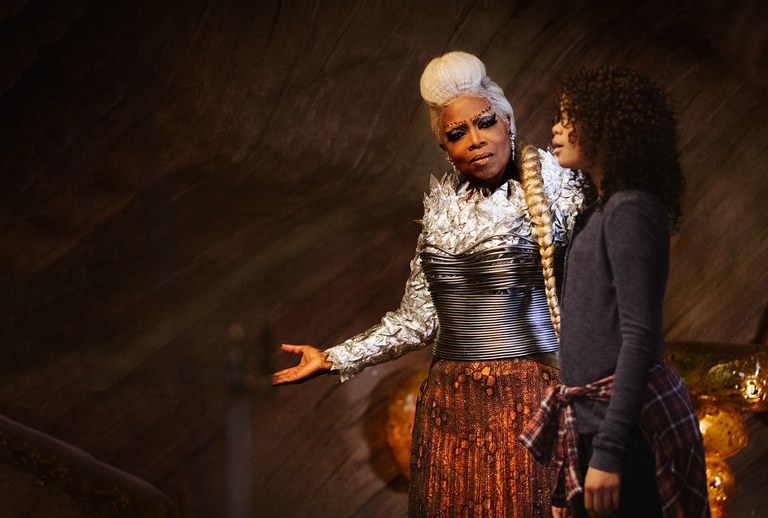 Disney strikes once again with its new rendition of A Wrinkle in Time, providing heartfelt relationships, dramatic effects and the creation of an almost unimaginable place.

Before seeing the movie, viewers must be ready for the unexpected. Throughout the twists and turns of this science fiction adventure, the audience witnesses the quest to find Meg Murray’s missing father.

With a cast including famous faces like Oprah Winfrey, Reese Witherspoon, Chris Pine, Mindy Kaling and Zach Galifianakis, the acting was expected to be great, which it was. Plenty of emotion came across in each scene, some subtle and some outright. Deric McCabe, who plays 6 year-old Charles Wallace, can do it all.

He is lovable as the fun-spirited, little brother that supports his sister and never misses a beat as the film rises to its turning point. As for the actress who plays Meg, Storm Reid, her character’s growth throughout the film is evident, and she wears emotions well.

The chemistry between the actors had a good flow, however, a few characters would be introduced without a real backstory, causing the question of where they came from. The audience soon learns that the three, strange women call themselves protectors of the universe, and are there to help. The contrast between these three characters gave humor to the serious problem they were presented with.

The doubtful Mrs. Whatsit, played by Witherspoon, questions Meg’s ability, while Mrs. Who, portrayed by Kaling, gives humorous quotes from other sources to explain her opinions. All the while Mrs. Which,

Winfrey’s character remains solid and reliable. Ultimately, all three give advice and inspiration in order for the children to finish their quest.

Each place the characters travel to has a different atmosphere. Every place seems more dramatic as the plot thickens. The first destination is beautiful and like nothing they have ever seen before, while the next is creepy and unwelcoming. The feel of each setting sets up how the characters are supposed to react.

There is no surprise that love is a key factor in the events playing out, but that does not take away from heartstrings being pulled throughout the film. Not only is the relationship between a farther and daughter being tested, but it also shows how strong a sibling bond can really be. As Meg fights for her family, the progress she makes in the way she sees herself and her abilities are represented well. It is a self-accepting experience.

Because this movie is rated PG, the evil the characters refer to is never truly explained. The only explanation is that the “dark” intends to suck all the good out of everything. Although some aspects of the story were not thoroughly explained and somewhat random, the film was enjoyable. In watching the film, there were feelings of curiosity, sympathy and enjoyment. Overall, the film achieved the goal of providing a good-hearted movie that provided the idea that love can overpower the hate in the world.