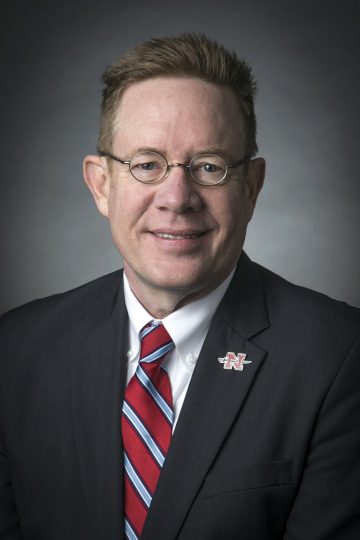 To help students in the decision-making process on the upcoming student media referendum, Nicholls President Jay Clune gave his opinions on student media and its effects on campus.

In designing the proposal, Clune said, “We wanted to make sure the students charged the fee were the students likely to take advantage of the resources on campus.”

The main reason behind voting would be to save the yearbook, but if passed it will also help fund other aspects such as the Nicholls Worth, KNSU and getting the television station up and running.

By taking the cause to the University of Louisiana System Board, it gives the right to students to vote on the referendum.

“I felt that if the students initiated it, then the students should be able to vote on the referendum,” said Dr. Clune.

Students have been fighting this fight since funding was pulled from the yearbook last February.

When asked why the students reacted so strongly, Clune said, “I think sometimes we overlook the value of culture. The La Pirogue yearbook was so engrained in Nicholls culture. Some things might be outdated such as a yearbook for another institution in Louisiana, but La Pirogue meant a lot to Nicholls students. Their parents had copies when they were here, and they wanted copies, too. They also wanted to support the newspaper, radio station and television studio.”

The surprise of student involvement lead Dr. Clune to say, “At an age when support for journalism is shrinking, the fact that these students would take a stand and make sure these things remain is encouraging.”

When asked what benefits the student media programs bring to campus, he responded with, “Communication is everything.”

Clune said that in order to be successful, students need to learn communication and critical thinking skill. Student media provides an opportunity to hone those skills and support communications.

If the vote passes, the student decision will stay. “Once the students vote on that fee, it is in place and ongoing,” said, Dr. Clune, “Its up to the students.”