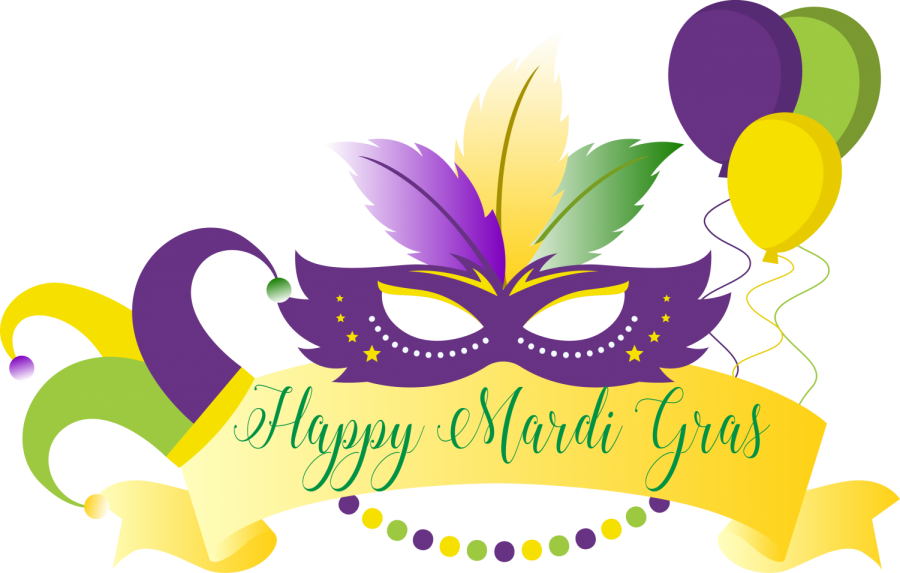 With Mardi Gras just around the corner, festivities are already beginning in celebration of the culture-filled Louisiana holiday. This holiday carries significance all throughout Louisiana and its surrounding areas. Here are five traditions, which we all know and love, to refresh our spirits for this Fat Tuesday.

1. Parades– Throw me something mister! When most of us think of Mardi Gras, parading is the first thing that comes to mind. Whether you’re on a float or on the side of the street, parades always provide memorable times to spend with friends and family. Tourists from all over the world flock to the festive city of New Orleans to immerse themselves in our rich culture during this time of the year. Parades such as Rex, Zulu and Endymion, some of the world’s most significant Mardi Gras parades, happen right here in Louisiana. They gather tens of thousands of people every year. From the “Mardi Gras Mambo” to the throws, Mardi Gras parades serve as some of the greatest festivities that the season has to offer.

2. Throws– Mardi Gras beads are amongst the most recognizable symbols of the Fat Tuesday season. Along with stuffed animals, footballs, moon pies, doubloons and other themed goods, colorful beads are thrown from the floats to whoever is showing the most spirit in the crowd. However, some krewes provide exclusive throws that are viewed as some of the most sought-after mementos of the season. Coconuts from Zulu, shoes from Muses and purses from Nix draw parade-goers to the events in hopes of catching one of these special souvenirs.

3. Official Toast in New Orleans– On the morning of Fat Tuesday, the Krewe of Zulu, a predominately African American krewe, kicks the festivities off with their joyous parade. Following Zulu, the Krewe of Rex keeps the celebration going with a parade of their own. During the Rex parade, the event is paused in front of Gallier Hall, where the Mayor of New Orleans and Rex toast each other. The Mayor also grants control of the City of New Orleans to Rex and his krewe for a day of celebration. At the stroke of midnight, Rex’s reign subsides, and the festivities end as the New Orleans Police Department clears the streets on horseback. After the conclusion of the parade, the Krewe of Rex attends an exclusive ball with their invited guests.

4. Balls– Whether they’re hosted by traditional krewes or contemporary super krewes, balls are some of the most significant festivities that occur within the Mardi Gras season. The traditional balls, hosted by krewes like Rex and Comus for over 100 years, include the presentation of the king and queen, along with their court. In New Orleans, the queen and her maids are college juniors who are relatives of male krewe members.

At the balls, maids, dressed in formal ball gowns, receive tickets for a dance with a single krewe member. In more recent decades, super krewes like Bacchus, Endymion and Orpheus host huge balls with rock bands in places like the Superdome. Tourists can purchase tickets to these party-like events as they are not anywhere near as exclusive as the traditional krewes’ balls.

5. Mardi Gras Food– King Cake, as well red beans and rice, jambalaya and gumbo, are seasonal foods that parade-goers eat while awaiting the celebrations. Natives eat these foods to enjoy the last of the sweets before the Lenten season, which begins on the day after Fat Tuesday. Because king cakes are traditionally associated with Mardi Gras, bakers often exclusively offer this pastry from the Epiphany, or twelfth night, to Mardi Gras Day. The coveted king cake is often decorated with purple, green and gold sugar and icing in honor of the seasonal colors.

Although New Orleans is considered the home of Mardi Gras, local parades and balls still allow us to experience the traditions and festivities that the holiday has to offer. In fact, some Thibodaux parades start their route on the Nicholls campus, so we can all find a convenient way to celebrate the carnival season.