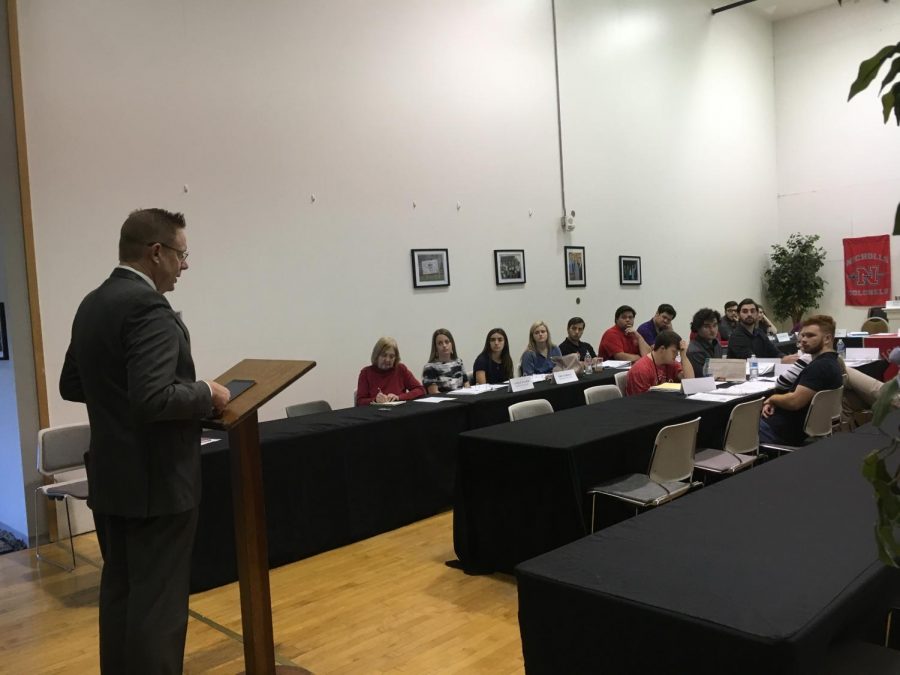 Clune said that in Gov. John Bel Edwards recent budget, Edwards proposed cutting TOPS by 80 percent; however, Clune said that this will not be an issue.

“Budgets are political. The attempt was to send a message that we need to deal with this now,” said Clune.

Clune said that the proposed cuts also laid out the plans for a $26 million budget cut to university and college appropriations.

“We estimate for us it will be less than $1 million,” said Clune.

There will also be changes to Nicholls’ staff, said Clune. For instance, Michele Caruso will serve as dean of students. Positions in the counseling center and Greek life are also among the changes. The counseling center will experience changes in funding. The director of housing search has been called off.

Alex Arceneaux will transition from chief of staff to executive vice president.

“I’m also going to collapse two administrative positions into one, so chief of staff and the vacant executive vice president for advancement will be collapsed into one,” said Clune.

The Nicholls State University website will also undergo changes, as there have been recent hires within the marketing and communications department.

The library is on the list of renovations that Clune would like to see done on campus. He said that the library needs to be a center of technology.