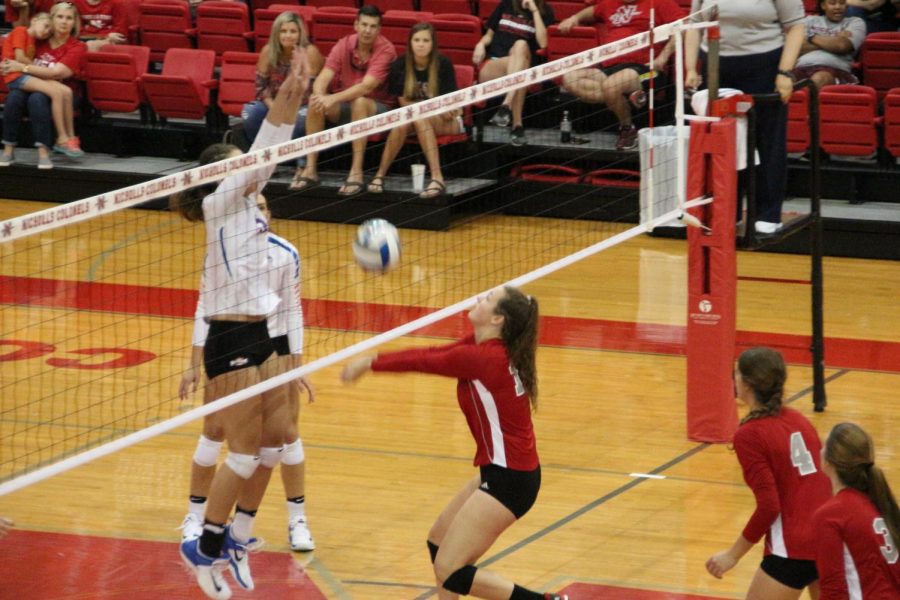 The Colonels (4-21, 2-10 SLC) have four matches left, including the next two at home, before
the Southland Conference Tournament begins. Nicholls faces Southeastern tomorrow at 6:30
p.m. and New Orleans Saturday at noon.

Head coach Tommy Harold said the matchup with Southeastern will not be easy, despite the
Lions (2-24, 0-12 SLC) sitting in last place in the conference standings.

“Southeastern is a team that’s struggling,” Harold said. “They have not really found a way to
win. They’ve played some close matches. But we can’t overlook them; every conference match
is important.”

The Nicholls volleyball team looks to play well in their final two home games of the season
before taking another road trip next week to Northwestern State and Central Arkansas.