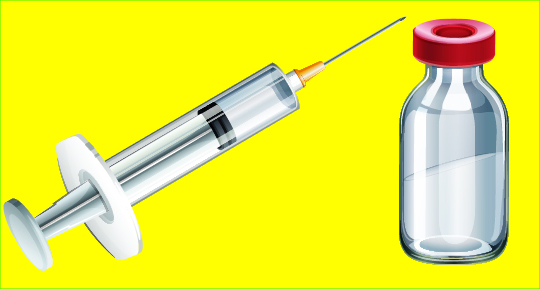 Due to individuals not receiving vaccinations amidst a recent rise in disease outbreaks, Nicholls’ University Health Services (UHS) is encouraging students to meet immunization requirements.

Wendy Junot, a Nicholls UHS nurse, said that for the most part, students are meeting their vaccination requirements at Nicholls. Over the last two semesters, there has been an increase in the amount of students turning in their immunization records. UHS administrative assistant Tancy McCartt attributed this to the fact that last fall, UHS started actively sending out information about vaccinations.

“Our boss goes to different university prep classes, and we’ve been going to a lot of orientations, and we’ll send out emails about vaccine requirements before the orientations,” McCartt said.

Nicholls requires all students to receive vaccinations for measles, mumps, rubella, tetanus, diphtheria and meningitis. Though not required, the university also encourages the hepatitis B and varicella vaccines. Students can request exemptions for the M-M-R, Td and meningitis vaccines if they choose.

Although students are receiving the necessary immunizations, there are still some vaccines that are not received as often, like the HPV vaccine, which protects against cervical cancer and certain STDs. Pertussis, or whooping cough, vaccines are also being encouraged because of a general rise in the disease.

“We’re trying to get kids to take the Tdap, which has tetanus, diphtheria and acellular pertuss instead of just the tetanus [shot],” Junot said.

Junot stated that the meningitis vaccine obtains the most exemption requests, mostly from older students. It is strongly pushed to incoming students because their lifestyle differs from that of the older students.

“They’re more apt to be out drinking and sharing cups,” Junot said.

If vaccination requirements are not met, problems can arise on both an individual and widespread level. If an outbreak would occur on campus, students who are not properly immunized would have to leave until the outbreak subsides. Therefore, they would end up missing significant class time and schoolwork. McCartt said that if a student is not vaccinated, there is a chance his family members are not vaccinated either.

“If [students] don’t get vaccinated and they’re around children who are too young to get the vaccines, they can spread more diseases that way,” McCartt said. “All of the vaccines have age requirements for that reason.”

“It affects everyone on campus. It affects not only us, but what are we bringing home to our families too,” said Junot.

Some people are concerned about the side effects that certain vaccines may cause. People tend to link autism to the M-M-R (measles, mumps, rubella) vaccine, while others are scared that the HPV vaccine will cause seizures and death.

According to Junot, studies still say that immunizations are not linked to these disorders.

“The vaccines may trigger something,” Junot said, “[but] not necessarily cause it.”

Additionally, McCartt reported that some individuals are leery of combined vaccinations because they “don’t want their kids to get the vaccines that have more than one disease in them.” This led to the appearance of numerous cases of measles in the U.S. last year.

Flooding from last year’s storms and events such as Hurricane Katrina led to the loss of many immunization records within homes. Doctors’ offices closed, so the records could not be obtained from them. People instead turned to blood-drawing.

“Instead of getting all these vaccines again because it’s so costly, [doctors] will sometimes just draw [patients’] blood…to see if they’re immune,” Junot said.

According to the Centers for Disease Control and Prevention (CDC) website, there have been 117 reported cases of measles and 3,886 reported cases of mumps in the U.S. as of July 15, 2017. Junot said that while the exact source of these diseases is unknown, it is possible that they came from other countries.

“I don’t know if they’re going out of the country and coming back with these things, or if people coming in from other countries are bringing it in,” Junot said.

McCartt and Junot said that they are both personally in favor of immunizations and asserted that research is the key to raising awareness of the necessity of vaccinations. Both said that is important that people educate themselves about immunizations and what can happen if they are not properly immunized and that they check resources instead of simply believing everything they read. Junot stated that the CDC website is one reliable source that offers plenty of information and statistical data.

“Do your research. Talk to your family physicians. Ask them their take on immunizations and go to the CDC website,” Junot said. “Just don’t believe everything you read.”