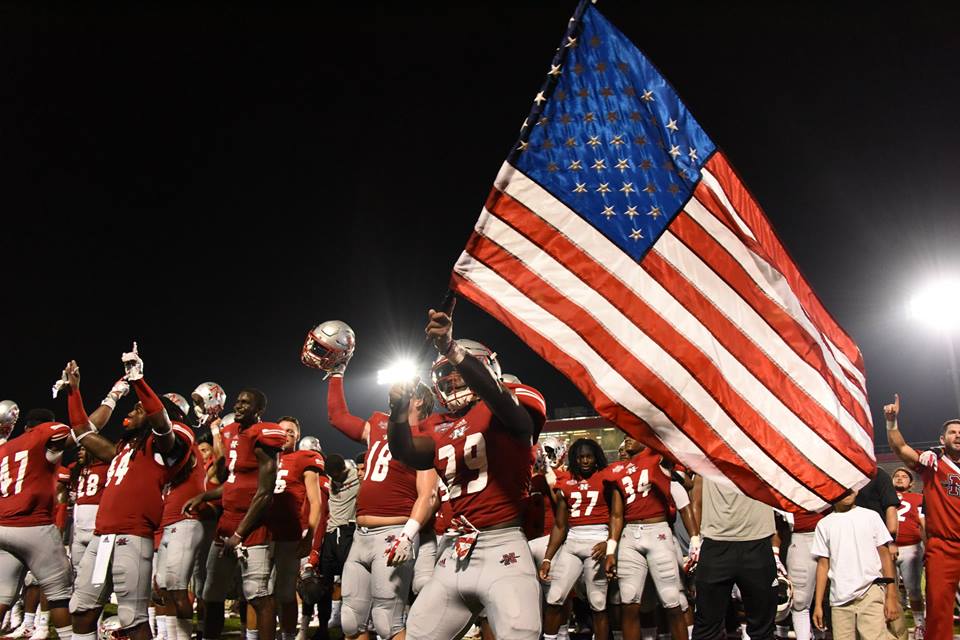 The Nicholls State University football team will head to College Station, Texas where they will compete
against the Aggies at 6 p.m. in their second game of the 2017 season.

After defeating their rival, the McNeese State University Cowboys in their home opener last weekend,
the Colonels (1-0) will fight to bring home a winning result against this Southeastern Conference
competitor.

Although this is the first meeting between the two teams, it is not the first time the Colonels have faced
an SEC opponent. In their 2016 opener, the Colonels nearly upset the University of Georgia, losing 24-26
to the Bulldogs in Athens. In his college football debut, quarterback Chase Fourcade threw two
touchdown passes which helped his team compete against Georgia.

Against rival McNeese State last Thursday, Fourcade once again found success in his performance by
connecting with his receivers totaling 213 yards passing with three touchdowns and adding 49 yards on
the ground.

Fourcade and junior wide receiver Damion Jeanpiere combined for the first touchdown off a 62-yard
reception, and again at the end of the third quarter after Fourcade hit Jeanpiere with a 20-yard pass.
Jeanpiere finished the game with three receptions for 145 yards and two touchdowns.

Offensive Coordinator Rob Christophel said a key to the Colonel offense and the throwing game is
having receivers who can connect with the quarterback.

“Chase came in and had a pretty successful campaign and building off of that, we’re trying to be able to
add more things on his plate to help us offensively,” Christophel said. “He’s got to have some guys who
can go out and catch. He can’t run it all the time so he’s got to hand it off.”

Christophel also mentioned that the existing chemistry between Fourcade and some of the receivers will
help the offense not only against A&M but for the duration of the 2017 season.

“Outside we have Damion Jeanpiere who is really kind of a veteran because he and chase played
together in high school,” Christophel said. “They have a good relationship and it works really well for
them.”

The Aggies (0-1) are coming off a loss to the University of California, Los Angeles after suffering a 44-45
upset in the Rose Bowl. The Aggies surrendered their 44-10 lead after they were overwhelmed by five
scoring drives led by Bruins quarterback Josh Rosen in the final 17 minutes of the game.

On the flip side, the Colonel defense intercepted two passes in their season-opening win against the
Cowboys, with defensive back Jonavon Lewis returning his pick 67 yards in the third quarter.

While the Aggies will be hungry for their first win of the season, the Colonels have been working to
ensure they will approach every game with the winningest attitude.

Catch the action on ESPN 100.3 or ESPNU when the Colonels kick off this Saturday at 6 p.m.