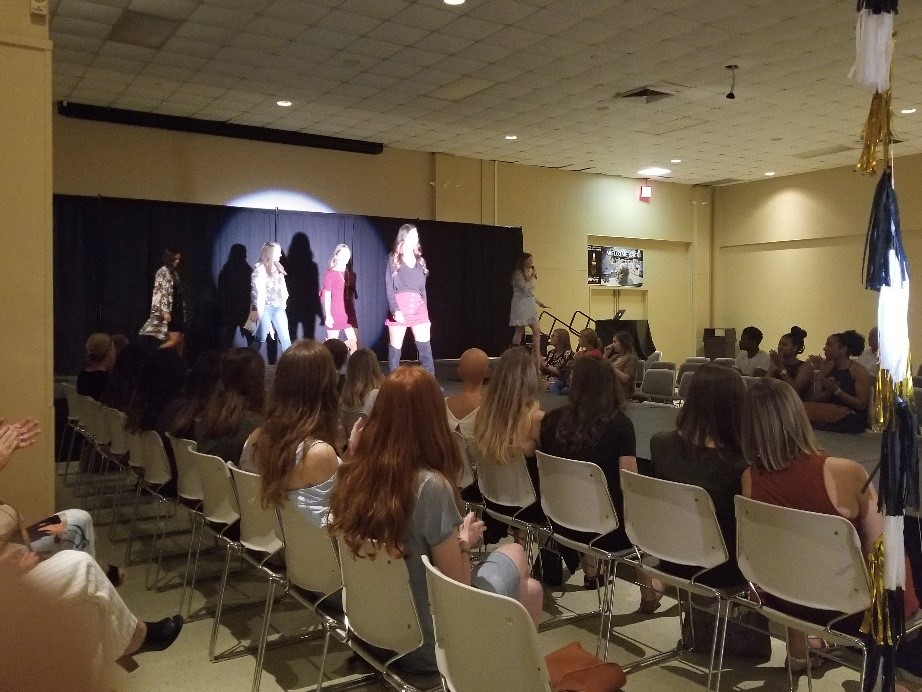 Couture Cares held a fashion show Tuesday night in the Nicholls’ ballroom to promote the organization and the American Cancer Society.

Darian Graivshark, President of Couture Cares, explained that it took about four months to put together the event. The fashion show consisted of four vendors: Once Upon a Style, JuJu’s, La Boujee and Stella & Dot.

The show was the first one that Couture Cares has put on and took place in the ballroom on campus. Officers of the organization were in charge of making sure that the event ran smoothly and efficiently, and club members were models. The show kept the audience thoroughly entertained as jokes were told in between models changing clothes for the boutiques.

The organization also had a refreshment table for guests, and several vendors brought many of their items to the fashion show for guests to purchase.

Couture Cares was created one year ago in hopes of bringing awareness to fashion at Nicholls and to raise money for cancer research. Treasurer Sydney Richardelle stated that Couture Cares is “something fun paired with something serious.”

At the organization’s monthly meetings, there are guest speakers that discuss the latest fashion trends. They often have medical professionals at the meetings as well to discuss the importance of regular medical checkups.

In order to raise more money for cancer research, Couture Cares has bake sales in the union once a month.