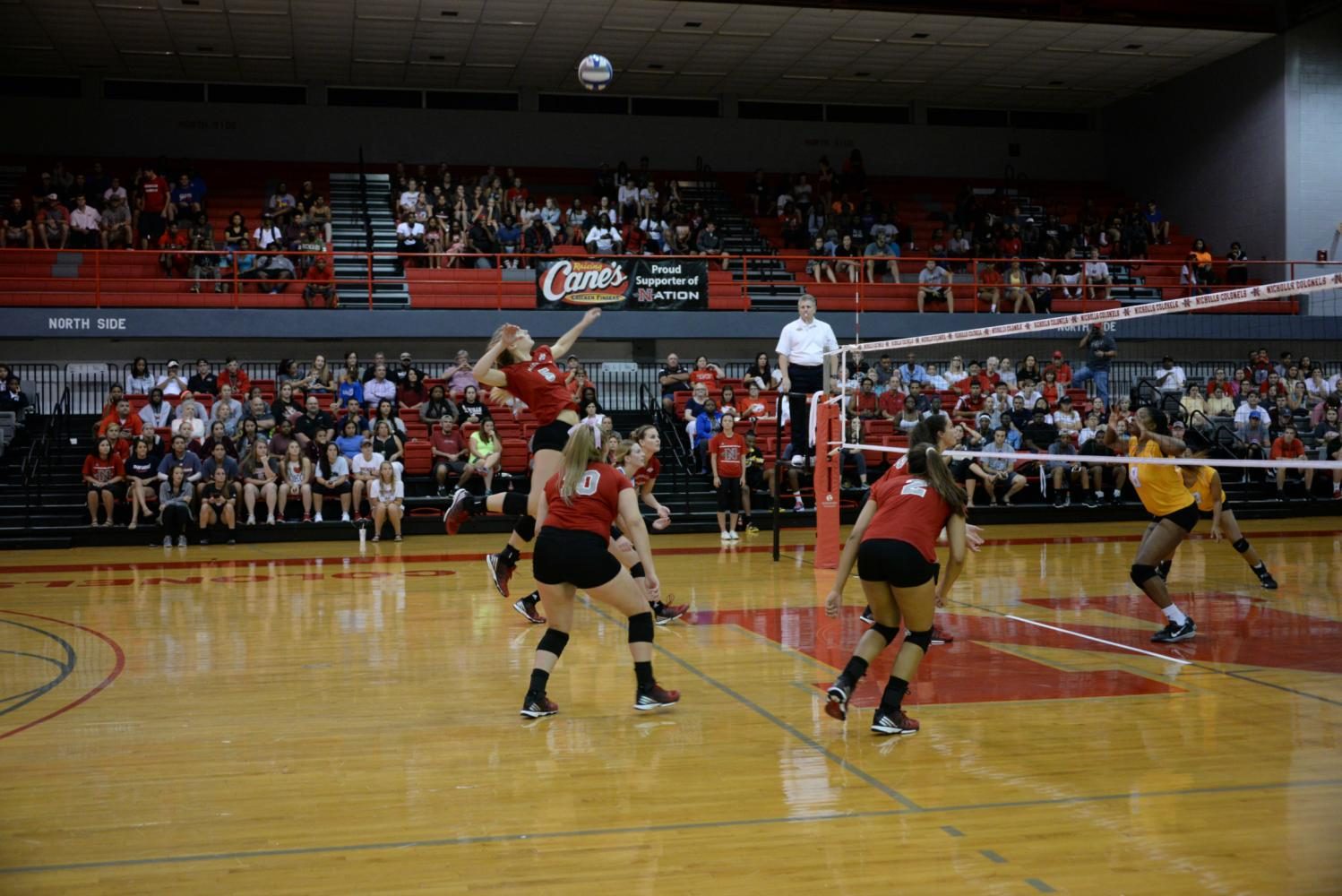 Stephanie Tobison #5 junior from Carol Stream, Ill. jumps to spike the ball at the Nicholls Colonels Vs. Southern Jaguars on August 31, 2016 at Stopher Gym.

The Nicholls State University women’s volleyball team will play in the Allstate Sugar Bowl
Collegiate Volleyball Classic this Friday and Saturday at Avron B. Fogelman Arena in Delvin
Fieldhouse in New Orleans.

The Colonels (1-5) earned their first victory of the season this past weekend against Mississippi
Valley State University at Earl K. Long Gym in Lafayette at the Sawyer Camillo Memorial
Volleyball Classic.

Head coach Tommy Harold said he enjoyed the victory and saw an increase in his team’s hitting
ability.

“We have statistical goals we try to meet each week,” Harold said. “The girls did a nice job this
past weekend of upping our hitting efficiency and lowering the opponent’s efficiency.”

With the landfall of Hurricane Harvey in Texas last week, Harold said they were fortunate to not
have routines disrupted because of the weather and players who are from Texas were notified
that their families were safe.

Harold said the three teams they will face this weekend are solid programs, including the
University of Southern Mississippi Golden Eagles, whom the Colonels lost to in their season
opener on Aug. 25.

Stephanie Tobison, a senior outside hitter from Carol Stream, Ill., said winning each game in the
tournament would be great, but that it’s not their main goal this weekend.

“Our expectation going into this tournament this weekend is to improve our game, play hard
against them and last as long as we possibly can,” Tobison said.

Tobison said these away preseason tournaments prepare the team for their conference games,
which are primarily away games as well. As for this road tournament, Tobison said that there
will be plenty of fans coming to cheer them on to victory.

“We don’t have to recover as much as if we were going to a really far away tournament, and it’s
nice that our parents get to come with us, and we usually have a good Nicholls crowd when
(the game) is close,” Tobison said.