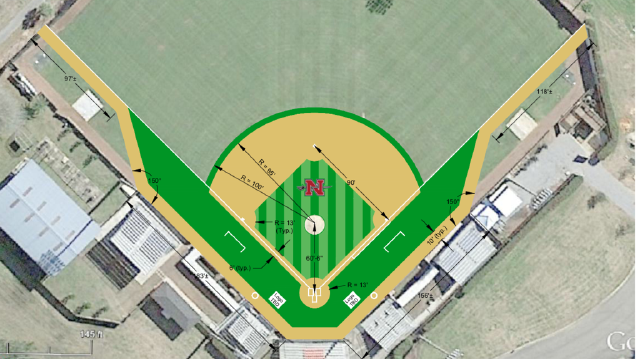 Construction began at Ray E. Didier field in the fall of 2015, and will not be completely finished for at least another two years as the addition of turf, chair backs and additional seating are introduced.

Renovations at the Nicholls baseball field have been broken into multiple phases, the first of which included improvements to the press box and concession stands before the start of the 2016 season.

Currently, construction of the elevator at Ray E.  Didier field is being completed, and the field is being converted to turf. The team also has plans to add backs to the seats of the grandstands in the stadium. According to Thibodeaux and Director of Athletics Matt Roan, the grandstand and elevator projects should be completed by the start of next season, and the turf project should be completed within about a month.

Other plans for future projects at Ray E. Didier field include a new entrance to the ballpark, the addition of a field house and a berm for fans to sit on. The berm will be built out of the dirt that is being dug up for the turf project, with the right field fence being brought in and cutting off the bullpens to make room for it.

The row of bushes behind the right field bleachers will also be removed and the fence will be restructured so that there can be activities for children in that space.

Thibodeaux said the construction projects are a visible sign of the team’s progress and is a direct result of the players’ dedication to both their sport and their schoolwork. Thibodeaux also said the improvements to the field aid in recruitment.

“I feel like we have one of the better atmospheres for game day in our conference, so anything we can do to enhance that is critical,” Thibodeaux said. “It’s part of investing and growing our program, and I want players to see that growth and be proud of it.”

The construction has been continuous since before the 2016 season, and still has a few years left before it will be complete. Due to the funding of the construction, much of the work has continued throughout the regular season, which lead to the cancellation of the annual alumni scrimmage last season.

“As most projects are, [the timing is] just based on funding. I think everybody has a sense of urgency wanting to get it finished, Roan said, “Everything is contingent upon being able to secure the funding to do those things.”
As the construction continued throughout the school year and regular season, Roan said safety became a primary issue for Nicholls athletics.

“You have to make sure first and foremost your fans are safe and away from any sort of harm,” Roan said.