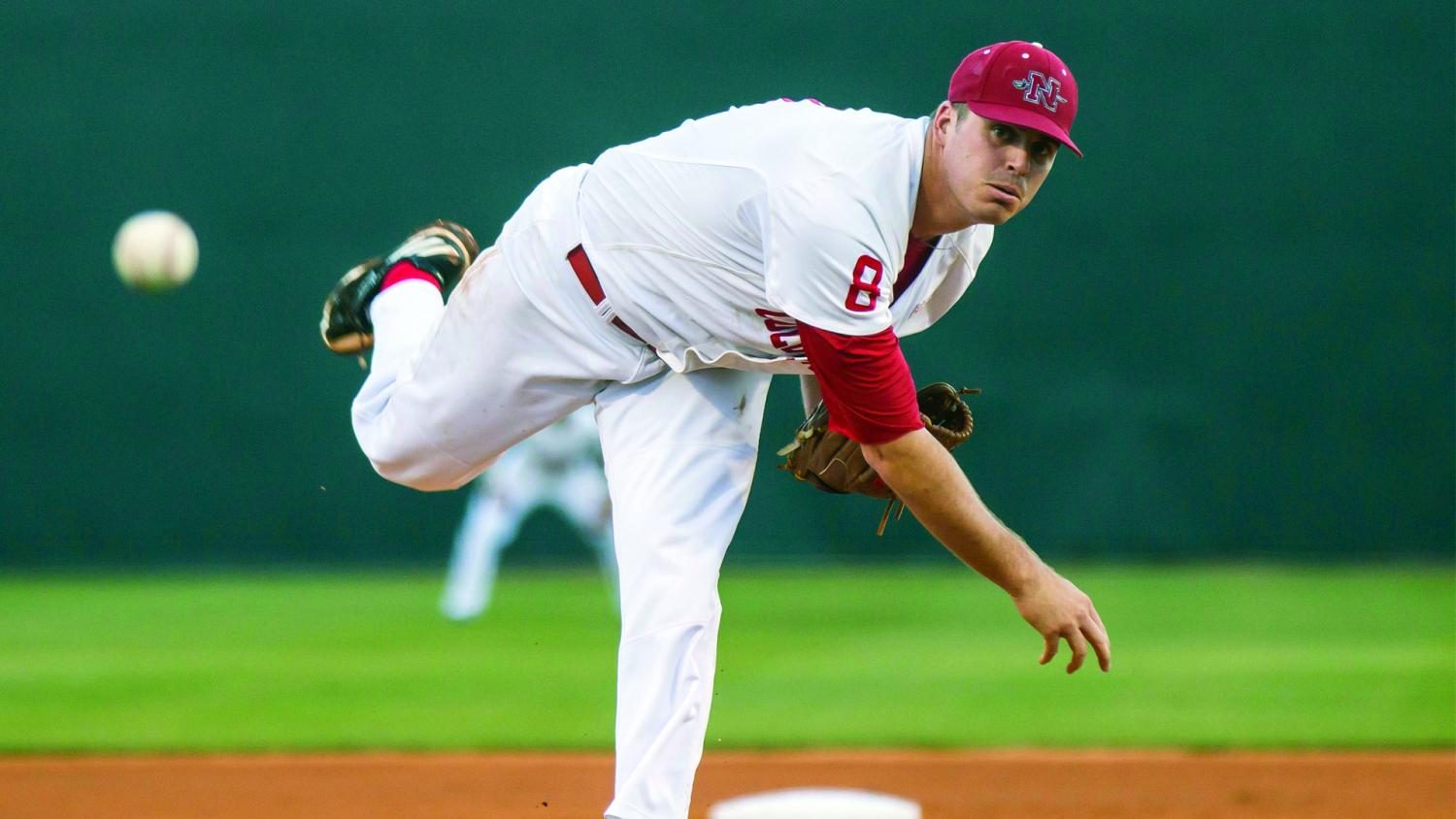 Former Nicholls State University pitcher Cole Stapler has dreamed of competing in the major leagues most of his life, and his dream came the Arizona Diamondbacks drafted him in the 22nd round of the 2017 draft.
The Prairieville, LA native finished his career as a junior with a 7-6 record and a 3.44 earned run average. He threw a team-high of 96.2 innings and 85 strikeouts as a Colonel. He is currently playing short season baseball with a Diamondback affiliated minor league team, the Missoula Osprey in Missoula, MT. This isn’t Stapler’s first time being drafted by the major leagues. The Miami Marlins first drafted him straight out of high school in the 35th round in 2013.
“I was a young kid and I didn’t think I was ready for that experience yet,” Stapler said. “I knew I needed to go to school and get my education. I knew I needed something to fall back on. Education was way more important than trying to go out and chase a dream in pro baseball.”
Stapler was surrounded by his family and loved ones when he saw his name go across the screen. According to Stapler, his family reacted in a similar manner as they did when he got the call as an 18-year-old.
“Everybody was super excited because all the hard work finally paid off, and now I have the opportunity to come out here and live the dream I had since I was a little kid,” Stapler said.
Nicholls Head baseball coach, Seth Thibodeaux could not be more proud of Stapler. He said it was fun to see Stapler develop as a player and person over the last several years. Thibodeaux thinks Stapler passed on the majors the first time because he wanted to better his skills as a player and teammate.
“By the time he was a junior he was a leader, and some of our players would gravitate to him,” Thibodeaux said. “He worked hard for this and I think he is looking at this as another chapter.”
As far as his plans for the future after baseball, Stapler wants to eventually own his own company. “The plan is to go through this process and see where this journey takes me,” Stapler said. “It is all on me and how much work I put into it. If this is the way it’s supposed to go then after baseball I am going to finish my degree in business.”
The Colonels finished ninth in the Southland Conference the past two seasons. In reference to his last two seasons, Stapler’s message for his former teammates is to work hard and to follow the path the guys before them have paved. Stapler said it was tough for him and knew it was tough for his teammates too.
“I want to let those guys know that they can change that culture and break that barrier. That is what they are there for and they need to just go out there and get it done. Don’t let anyone tell you that you can’t. Those preseason polls don’t mean anything it’s just what other teams think of you. It should be something that drives you. I know that Coach Thibodeaux and the staff will get those guys right and change the culture.”

The Nicholls State University baseball team missed the Southland Conference Tournament for the second year in a row with a 29-27 overall record this s...

Softball looks ahead after second place finish in tournament

The Nicholls State University softball team finished as the second place team in their conference before ending postseason play as the runners up in t...