This agreement will make it easier for graduates from the SOWELA culinary arts associates degree program to transfer into the Chef John Folse Culinary Institute.

The technical community college contacted the Nicholls’ Culinary institute about a year ago. Since then, the two schools have been negotiating and discussing which courses will transfer over.

Department Head of the Chef John Folse Culinary Institute, Chef John Kozar, said, “We teach things in a different class format than SOWELA, which is not uncommon with culinary institutes. So the agreement helps us make sure that what our students learn in the first two years, their students have learned as well.”

Murphy added that this agreement also prevents transfer students from re-taking courses. Instead, courses can go toward a student’s associate’s degree as well as their bachelor’s degree.

He also explained that Nicholls’ registrar department is responsible for ensuring that the transfer student’s transcripts meet the articulation agreement requirements.

SOWELA students can begin transferring to Nicholls in the fall semester of 2017.

According to Kozar, one student has already shown interest in the Nicholls Culinary Institute, but he anticipates that many more will enroll.

Shecory Bell Jr., a sophomore in culinary arts, said, “I think this articulation agreement was a smart move by the culinary department, because it will increase enrollment and attract even more people to be interested in attending Nicholls.”

Murphy, who agrees with Bell, said that they plan to sign more agreements with other culinary institutes in order to gain more students.

“Our general growth objective for the culinary program is to double its size,” Murphy said. “There are about 300 students in the program. In the future, we would like to see the program with 600 students.”

Murphy and Kozar both acknowledge that signing more of these agreements will also serve as an advertisement for Nicholls’ culinary four-year degree program.

According to Murphy, the Nicholls’ culinary program differs from culinary associate degree programs in that Nicholls students get exposed to business and a full range of general education courses.

“Our culinary program prepares students for all types of careers: cooking, running your own business, food science and food photography.”

Scholarships have not been offered to SOWELA students, but Murphy said that, “it might not be a bad idea.”

Murphy also said that these agreements are not uncommon amongst universities and colleges.

“We have articulation agreements with several technical colleges, but we also have done some with four-year colleges,” Murphy said. “Usually the agreements are in a certain department.”

This partnership is also an opportunity to promote the Nicholls’ culinary program.

“This articulation agreement provides an opportunity for students and helps our brand,” Murphy said. “It’s also a good experience for our faculty.” 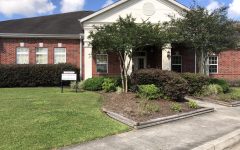 How residence on campus has changed since covid-19 outbreak