SGA Vice President Austin Wendt smiles in his office after being re-elected for a second term yesterday.

The Nicholls State University Student Government Association announced the re-election of Austin Wendt as the 2017-2018 vice president on Wednesday afternoon.

“It is a great honor and it is very humbling [to be re-elected],” Wendt said. “I think there is a lot of hope going forward and I am very excited for the future of this university. Especially in the current situation, in regards to the yearbook, I am really happy to see that the students are energized, motivated and taking a stand.”

Two candidates, Josie Graham and Wendt, competed for the vice-president position. Wendt was re-elected with 679 votes, while Graham received 546 votes.

“We have a bunch of projects that we have planned going forward and we want to get as much student input on [it] as possible,” Wendt said. “One thing that I realized is that our communication with students needs to improve. Letting students know what we are doing and making sure we are getting an understanding of what they want by going to as many organizations as possible at least once a semester is my goal.”

Wendt, who is currently serving his first term as vice president, said that a year is not enough time to accomplish everything he envisions to do.

“When I came into office I didn’t realize how long it was going to take to fix some of that things that had been neglected for so long,” Wendt said. “This year, I’ll be focusing on making even more progress and on working together more with the students.”

Because no other student ran for the presidential position, Tommy Thibodaux was automatically re-elected as SGA president without having to be included on the ballot.

The results were announced on Wednesday, March 15 at the Bollinger Memorial Student Union snack bar.

A total of 1,225 students voted in the online election that took place from March 12 to 15. The spring election closed at 12:30 p.m. on Wednesday, just minutes prior to the announcement of the results.  According to the numbers provided by SGA election committee, 5,134 students were eligible to vote in this election.

Dustin Bergeron, SGA election commission member, announced that all of the amendments proposed in the ballot have passed.

The SGA amendment proposing to eliminate summer meetings was approved with 1108 votes in favor. Now it reads as “There shall be at least one weekly meeting of the Student Senate, day and time to be set by the Vice President with the approval of the Senate, excluding mid-term and final exams, holidays and summer session.”

Those amendments passed with 962, 895 and 944 favorable votes, consecutively.

Mrs. And Ms. Nicholls results, however, will only be announced during Crawfish Day on April 28.  This year’s event will be held at John L. Guidry Stadium side parking lot from 5 p.m. to 8 p.m. 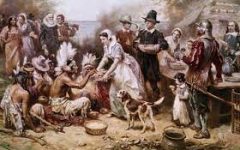 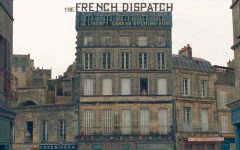 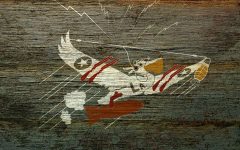