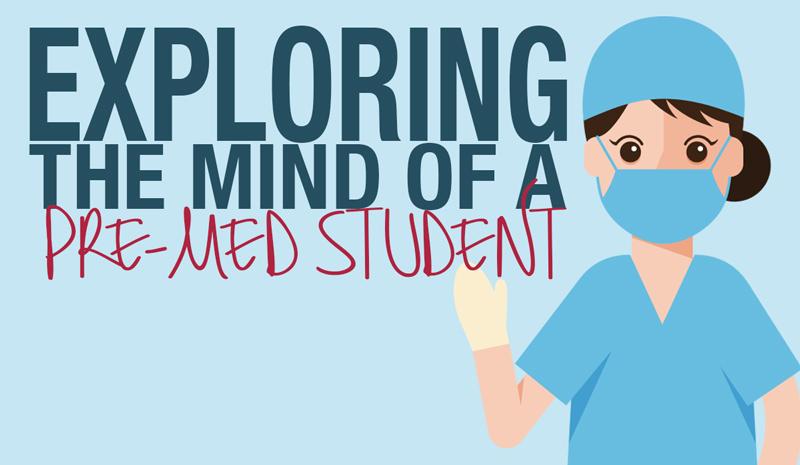 Exploring the mind of a pre-med student

The journey to becoming a doctor has its ups and downs. You live fueled by the desire to save lives someday, but the road to the goal is a hectic time in which we are constantly swamped with school work, extracurricular activities, work and what-ifs that the future may bring.

I must admit, starting here at Nicholls wasn’t tough for me. I had great professors, and a huge chunk of what I was taught was review from my high school courses. However, that feeling didn’t last long. As the semesters went by, the course material definitely became more challenging. Unfortunately, the difficulty will only increase until after I finish medical school.

Many people dream of becoming physicians because we want to make a difference in the world. We want to help others. We want to do good to make up for the bad. It’s not all about the paycheck. It’s about curing those in need.

I won’t lie, it can all be a bit scary. The stress that comes with preparing and taking the Medical College Admissions Test (MCAT) is unimaginable. It’s a nerve-wrecking concept: one exam and your grade point average can make or break your career. Prepping for the MCAT takes a lot of self-discipline. You have to be dedicated to studying all of the material. The only way to maintain a good GPA is by applying yourself to your courses, which is all much easier said than done.

Then, of course,we must think about the debt we’ll acquire by going to med school. You can’t pay for med school with pocket change. Unfortunately, for many students, they are forced to take out student loans. No one wants to owe money, but, in the long run, we’ll be gaining so much more. I’m not referring to the money, although it’s one of the pros of the profession, rather than the knowledge and the honor of helping others.

The biggest fear for a pre-med student is not being accepted into med school. You work extremely hard during your undergraduate years and hit a block in the road. Call me an optimist, but I don’t think that should stop you from trying again. It’s never too late to try again.

A lot of us have dreamed of becoming doctors for most of our lives, so the thought of doing something else is quite frightening. I don’t see myself doing anything else. Since I was about six years old, I wanted to make a difference in the world. I thought I’d become the first woman Latina president. As I grew older, I noticed that becoming president wasn’t exactly for me. I always wanted to pursue a mixture of professions, but becoming a physician was always in the mix.

I’m not saying that other majors have it easy, because they don’t. We all have different battles to fight. There are other great professions that make a difference in the world, and all professions are essential for a functioning society.

If I had the chance to do it all over, I wouldn’t do it any other way. So here’s to the rollercoaster ride filled with sleepless nights and stress. Without them, reaching our goal wouldn’t be as satisfying.

I’ve learned to not question my ability to become a doctor because I now know that I’m capable of achieving my dream. It might seem like a long time from now, but it will all be worth it in the end.