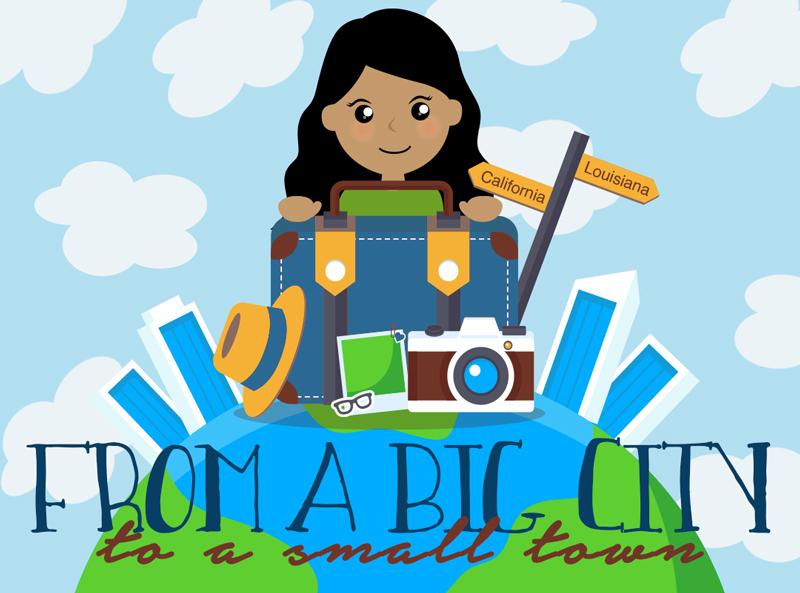 From a big city to a small town

I’m always asked if I frequently ran into celebrities while I lived in California or if I am a surfer… No I didn’t and no I’m not. Yes, it’s easier to spot a celebrity in Los Angeles than it is in Thibodaux, but it wasn’t like I lived next door to Jennifer Lawrence. Each region around the world has its stereotypes.

Moving to Thibodaux was a major shock and hard to get used to. Nothing was the same. I was leaving the city I grew up in, my friends and family. It wasn’t easy. Everything looked and smelled different.

Let’s get one thing straight: I’m not complaining about Thibodaux. It’s a beautiful town, but it’s entirely different in comparison to what I was accustomed to.

One of the first things I noticed was the lack of sidewalks in Thibodaux and Houma. I understand that most people get around in their car, but in Los Angeles I would walk everywhere. It was definitely cheaper than paying for gas and, at times, it was a lot quicker. Now, here in Thibodaux, we don’t have to worry about any traffic.

Any sort of “traffic” I come across in Houma is nothing compared to big city traffic. However, any time I find myself heading to New Orleans or Baton Rouge, I do feel right at home. It’s still great to not have to leave my house an hour early to make it to an appointment on time. So, thank you, Thibodaux. You have saved many people from having to experience road rage.

What I miss the most about the big city is the diversity. It truly was a huge melting pot of different cultures. Hearing different languages was amazing and learning about different cultures was interesting. Down here in the South, I love hearing Cajun French occasionally, even though I don’t think I’ll ever be able to pronounce people’s last names correctly. I’m sorry; I just can’t. Now I know how people who can’t roll their R’s feel when trying to pronounce something in Spanish.

Although moving half-way across the country was tough, it turned out to be a great experience. My family and I made the move three years ago, but I’m still getting used to the south. From this experience I have learned something, though… There’s no place quite like Louisiana.