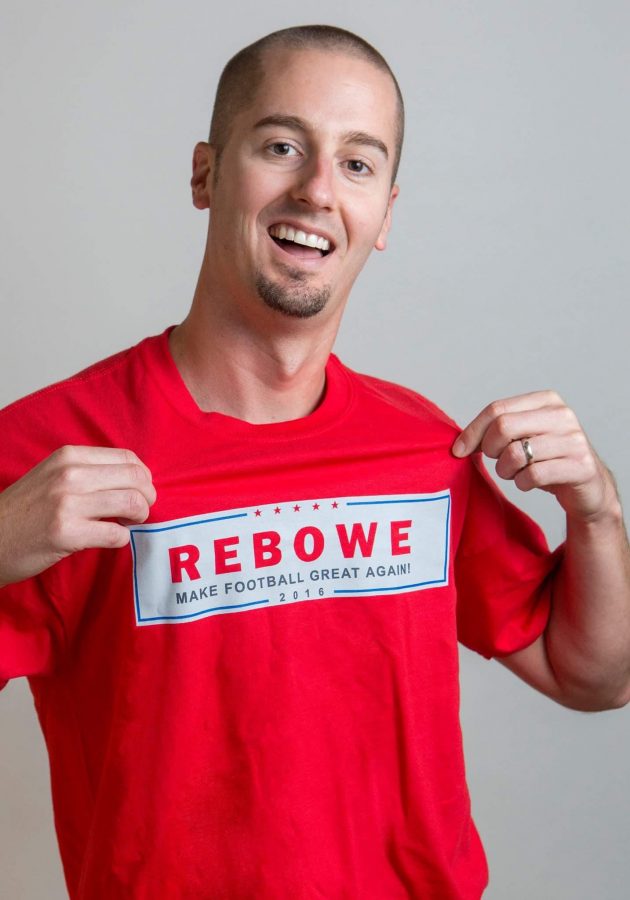 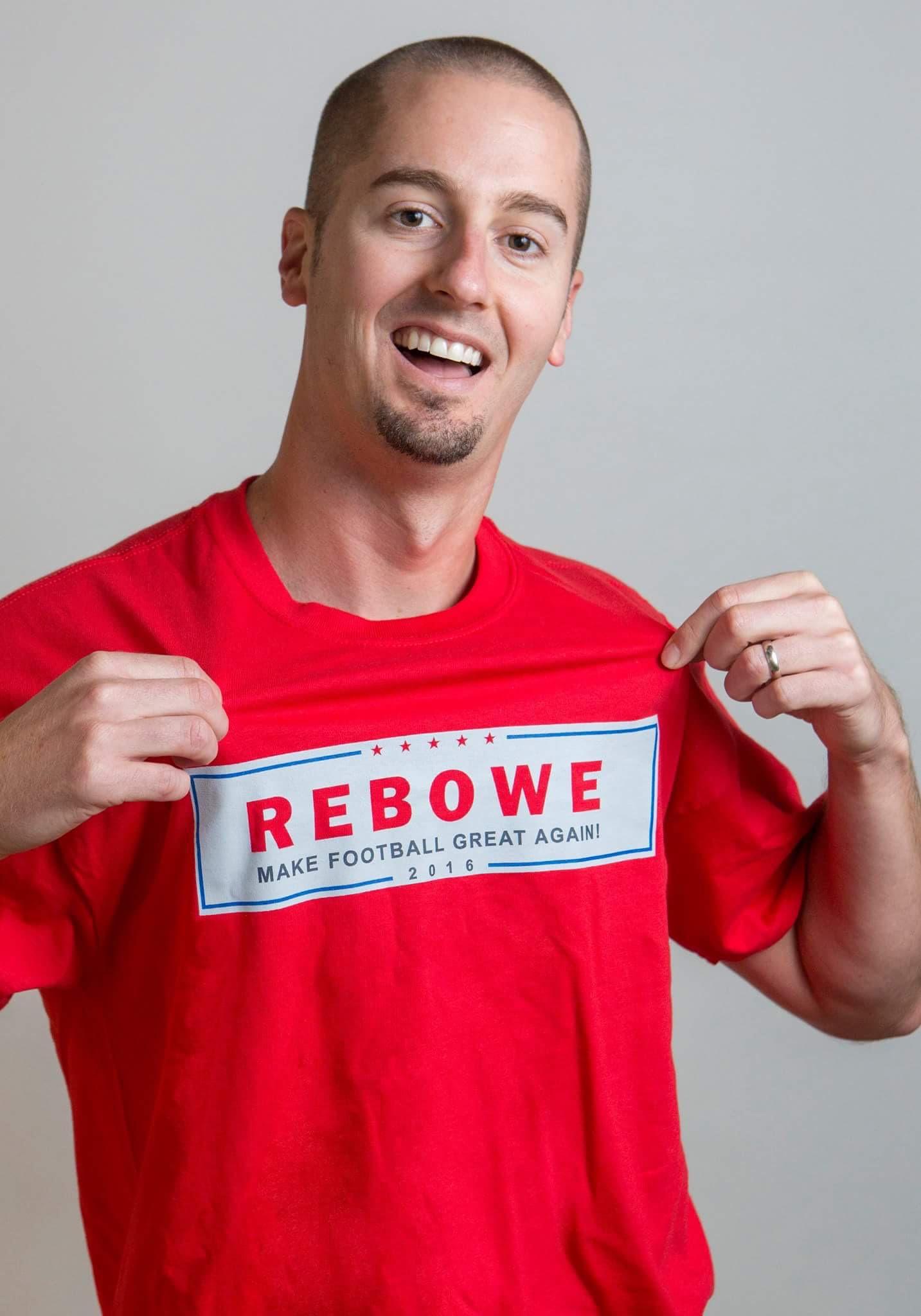 For 2007 Nicholls graduate David Gravois, what started off as a joke has turned into something much bigger, and has added a spark of creativity and good humor to a very heated political race.

“My coworkers and I started naming random things that could be made great again,” Gravois said. “I thought Coach Rebowe is for sure making the football team great again.”

Since he works in the marketing department at Danos, a construction and production services partner for major oil and gas companies, Gravois asked their graphic designer if she could manipulate the Trump campaign graphic so he could make a T-shirt. Luckily, she was able to knock it out within a half-hour and the prototype was born. Gravois was left with a mock version of the Trump graphic, which instead read: “Rebowe. Make Football Great Again!”

“I printed it on fabric transfer paper, ironed it onto a $3 shirt from Hobby Lobby and wore it to the Nicholls homecoming game,” Gravois said.  “I had so many people requesting their own once they saw it, I decided to run with it and make an initial order.”

Since the initial order, Gravois has sold over 200 shirts and will continue to order the shirts as long as people want to buy them.  Besides just highlighting Head Coach Tim Rebowe and the Nicholls football team, the shirts have also shown how a community can come together in support of what they feel is important, and how a simple message can quickly spread as if wildfire through campus and community.

“I think these shirts have added a little positivity in a very negative political climate,” Gravois said. “The reactions to the shirts have been great so far. Even if someone doesn’t buy one, it still seems to bring a smile to their face.”

Gravois made great use of his time as a student at Nicholls, but his passion for the university really grew after graduation when he served as an admissions counselor for five years.  Gravois is a proud native of Thibodaux and who is happy to say that Nicholls football is finally great again. Gravois said the last time it was great for him personally was when he was a junior at Nicholls in 2005, and the team won the Southland Conference Championship.

Although Tim Rebowe had no idea the newest Colonel fashion was in the works and had his name written all over it, he now realizes that the T-shirts have created quite the buzz about the football program as a whole.

On another note, Rebowe made the point that the driving force behind the program is not himself as an individual. Rather, he highlighted the importance of the staff, team, school and community all pulling together to reach success.

While adding comic relief to the roller-coaster ride that was the 2016 presidential election and showing support for Nicholls football at the same time, Gravois transformed his simple T-shirt idea into something much larger. His story is a prime example of how a closely-knit community and one’s love for Nicholls State University can open many doors.

Rebowe said he is happy for the success Gravois has found in his endeavor because he is a man who loves this place and love his school.

Ass for the success of the football program, Rebowe said, “It’s all about us and that’s what I always try to make it be about.”

The Nicholls State University baseball team missed the Southland Conference Tournament for the second year in a row with a 29-27 overall record this s...