Getting to know the Director of Athletics, Matt Roan 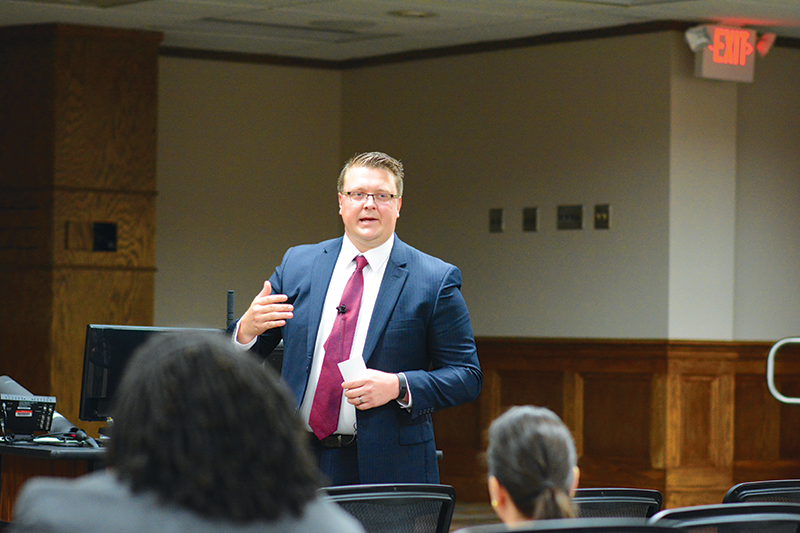 Matt Roan, the new Director of Athletics, was eager to begin his new journey this week as head of the Colonel Athletics.

He officially started the position on Tuesday and that afternoon Roan’s eagerness and excitement to be a Colonel was obvious even while still in the process of hanging up photos and fixing up his office. Within the last year or so, Colonel Athletics has been experiencing a fresh vibe filled with high hopes and tons of potential for years to come, and keeping vibe is what Roan looks to maintain and progress.

Q: How was your first day at Nicholls and how was it transitioning into the new role as Head of Athletics?

A: “The first day started bright and early. It was a new day not just from a professional standpoint but, also, personal. Dropped my six-year-old off at school and headed to the office to do administrative stuff, basically the process of becoming an employee of Nicholls just like every one. Later I had the opportunity to be on the TV show, “Saints on the Bayou” in Houma with some of our coaches. Just an exciting first day and even more excited to have our men’s and women’s basketball teams playing at home this week, and football, here, against Southeastern Thursday.

A: “We are really fortunate to have tremendous head coaches and assistant coaches here at Nicholls. When you talk about the excitement I feel coming in, it is because of the people that are in place throughout athletics. So, when I meet all the coaches, that will be my question in “what can I do to help them and the student athletes be more successful.” That’s my job. Nobody comes to the stadium on a Thursday night because I’m the athletic director. No, people come because Coach Tim Rebowe is the coach and he’s got a great product on the field and that’s what they want to see. My job is make sure our coaches and student athletes can be a great as they possible can be.”

Q: Initially, how do you envision yourself helping teams and programs throughout Nicholls Athletics?

A: “Doing any and everything to help our staff put on a first class production. I’m a person who thinks you lead by example, so, whether that’s helping with setting up for games, hanging up banners, anything that helps the event be successful. Also, of course externally finding ways to generate resources from our donors and fans coming to games so that we can bring out coaches the tools that they need to be successful.”

A: “I’m excited for all three games. I am fortunate, and it’s unique to come in during a week when we have somewhat of a double header with men’s basketball then football playing on Thursday, and then, women’s basketball against Monroe on Saturday. I plan on being eyes wide open and observant, along with meeting as many people as I can and getting excited along with everyone else.”