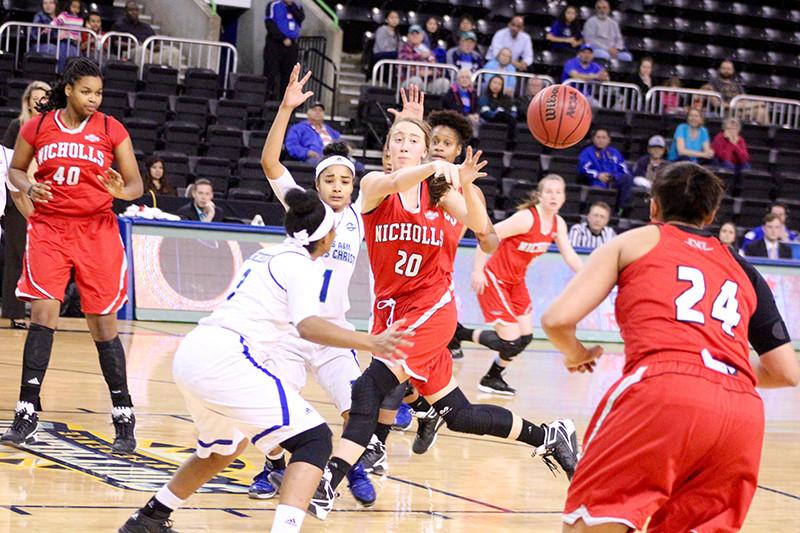 Women’s basketball hope to live up to season expectations

Expectations are high for the Nicholls State University women’s basketball team as the start of the 2016-17 regular season approaches.

“The expectations since I walked onto this campus have been set to a very high standard,” Dobee Plaisance, the women’s basketball head coach, said.
In her time with the Colonels, Plaisance has managed to bring Nicholls to three consecutive winning seasons, a first for the Colonels.

“This program has grown over the last ten years. We’re at a point where we’ve been right there over the last several years,” Plaisance said.

The Nicholls women’s basketball team has made the Southland Conference Tournament for the past five seasons. Prior to the start of the streak in the 2011-12 season, the Colonels had a four-season period where the team only managed to win 20 of the 110 games they played.

“Last year we had a lot of adversity to overcome, which for the most part we did. This year we’re faced with some similar adversity though, in terms of injuries and losing players,” Plaisance said.

“We will not have an excuse, but we do have to get better at ball control and our ability to take care of the basketball,” Plaisance said. “We have to make sure we are being the best version of ourselves every time we step out there.”

In order for the players to become the best version of themselves, Plaisance said it was essential to have their senior players take on leadership roles.

“We have been blessed with a senior class that is graduating on time and have not even come close to being an academic issue,” Plaisance said. “They have been exemplary both on and off the court and they have all put up numbers. In terms of leadership, they’ve led by example, they are vocal leaders, and so we are going to go how they go.”

Plaisance said her excitement was at an all-time high with coaching this year’s team.

“This is a special group. Their chemistry has been really special since the onset,” Plaisance said. “I’m most excited for when we discover our identity.”
For Nicholls, the team has strived to make that identity primarily be found on the defensive side of the ball.

“We need to be a defensive machine. That’s going to give us confidence on offense and ball security,” Plaisance said. Last season, the Colonels averaged 10.7 steals and 2.1 blocks per game on defense. Even with their attempts at in-game improvements, Plaisance said that fan support was the most important aspect to the basketball team.

“Fan support, especially our student body, means a lot. When I was a student athlete and my peers showed up, whether I knew them or not, knowing that the student body was out there supporting made me want to go out there and represent that much harder,” Plaisance said.

Plaisance said she hoped the additional fan support would help the student body to understand what she and her coaching staff believes makes the team so special.

“I am very confident in this team’s ability. My excitement is really going to come when everyone else appreciates them the way we as a coaching staff appreciate them,” Plaisance said.

The Nicholls women’s basketball team plays against Gonzaga University on Saturday to open their season. The first home game for the Colonels this season is against the University of Louisiana at Monroe on Nov. 19.