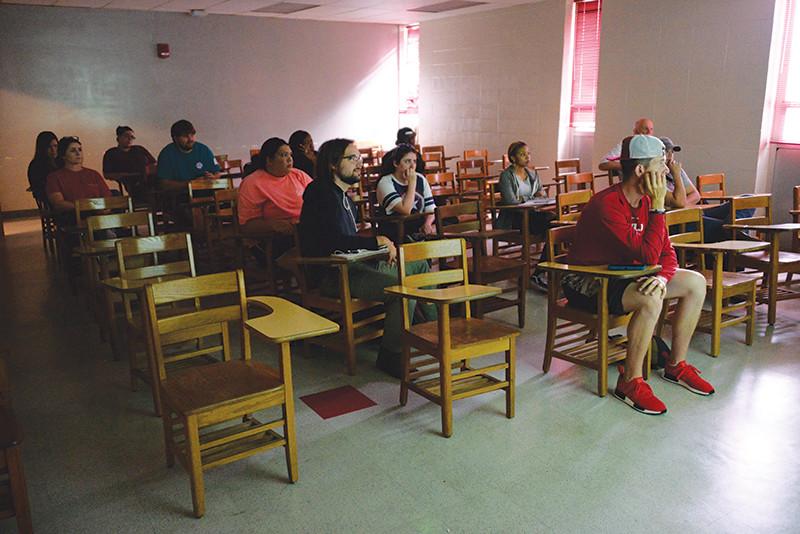 Students enrolled in the Cult Classics class watch and interpret the opening scene of “Apocalypse Now” on October 19.

Nicholls State University continues to grow its film minor program with the addition of “Film Genres: Cult Classics” to the 2016 Fall semester.

“We’re building a film minor and film concentration in the English department for Nicholls,” Remark said. “I put a proposal together to have this course. When it was approved, I was excited about it, but, as I was putting the syllabus together, I realized that I don’t actually enjoy a lot of cult films.”

The Oxford Dictionary defines a cult film as a film that is popular among a particular group. These films are usually disliked when they first premiere, but over time gain a fan base.

“[Cult films] started out with midnight screening and cheap matinees in bigger cities like New York, Los Angeles and San Francisco, where people would gather to watch the Rocky Horror Picture Show over and over again,” Remark said. “People knew all the words, repeated them and dressed up.”

The “Cults Classics” film course requires students to watch the assigned cult film over the weekend. Mondays are for lectures and a mixture of formal and informal discussions about the film. On Wednesdays, the class focuses on clips of the film shown in class and discuss what’s working within the clips. Fridays are for individual presentations. 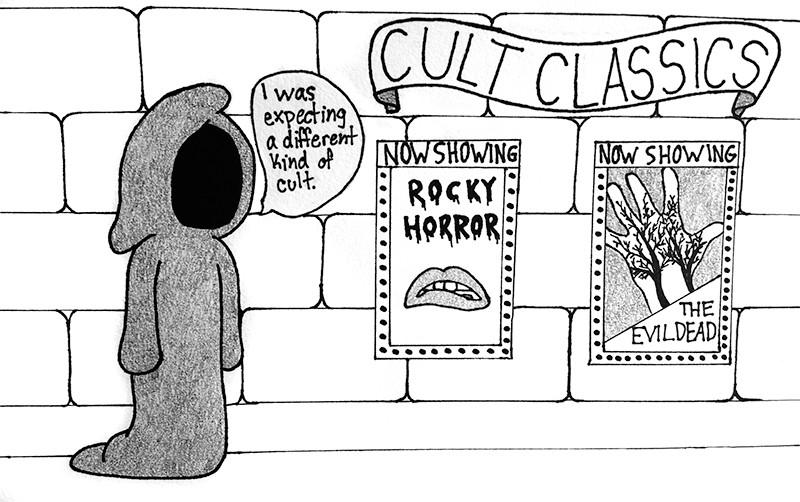 For the month of October, students in the “Cult Classics” course were assigned to watch “Ed Wood”, “Evil Dead 2”, “The Blair Witch Project”, “Texas Chainsaw Massacre” and “The Rocky Horror Picture Show” during the week of Halloween.

“During the month of October, it just made sense to do mostly horror films,” Remark said. “In the horror genre, there’s a whole lot of cult films. Cult films themselves kind of grew out of horror films.”

Although the film courses are targeted for film minors and English majors with a concentration in film studies, Remark believes “Cult Classics” benefits students from all majors.

“Any student who wants to diversify their education would benefit from the [“Cults Classics”] course,” Remark said. “It changes their week. They come to class and use a different part of the brain. I think it’s good to have variety in your degree.”

Next semester, Remark will be teaching “The American 1970s.” The course will focus on Hollywood films created during the 1970s.

“It will include anything from ‘Jaws’ to ‘Star Wars’ to ‘Alien’ to ‘Taxi Driver’ to show all iconic films of America cinema,” Remark said.

“She’s kind of like a pop culture expert,” Remark said. “She has a degree in popular culture and was also a part of shadow casts of Rocky Horror. She has some insight into the fandom around Rocky Horror. It’s open to the public.”