the nicholls worth • September 6, 2022 • https://thenichollsworth.com/7010877/sports/nicholls-football-recap-south-alabama/ 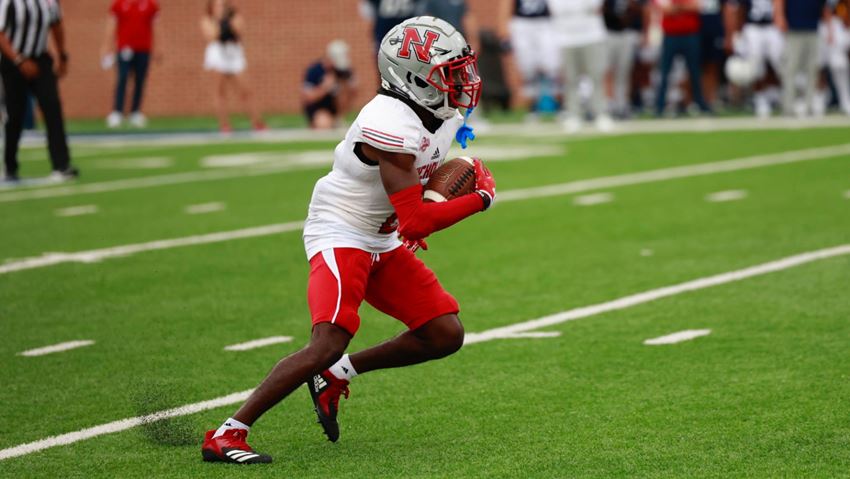 The Nicholls State Colonels kicked off the 2022 football season on the road against the South Alabama Jaguars.

The Colonels started the game on defense and forced the Jaguars to punt the ball after a ten-play, 23-yard drive.

On the Colonels first offensive possession, the offense took the field at their own 18-yard line. The Colonels picked up three first downs, but were forced to punt after a seven play, 32-yard drive.

The Jaguars offense drove 80 yards on six plays to score the game’s first touchdown. Junior running back La’Damian Webb found the endzone on a 15-yard run to take a 7-0 lead with 4:05 remaining in the first quarter.

On Nicholls’ next offensive possession, the Colonels lost possession of the ball on a fumble, which led to a 39-yard field goal by the Jaguars. The score was now 10-0 with 1:54 remaining in the first.

The next six drives for the Colonels were tough as they either punted or had turnovers on downs. The Jaguars scored 17 more unanswered points going into halftime, making the score 27-0 at the break.

The second half for the Colonels was much of the same as they allowed the Jaguars to continue to score more unanswered points.

During the third quarter, the Colonels had a nine-play, 75-yard drive that resulted in a touchdown. Senior running back Julien Gums had a 10-yard run to help the Colonels get on the board with 14:24 remaining in the fourth quarter.

Quarterback Kohen Granier was the team’s leading passer. He was 15-for-27 for 106 yards and one interception. Running back Julien Gums led the team in rushing yards on nine carries for 33 yards and one touchdown.

The team’s leading receiver was freshman wide receiver Neno Lemay who had three catches for 40 yards.

The Colonels start their season 0-1 as they look to bounce back against the University of Louisiana–Monroe Warhawks next.