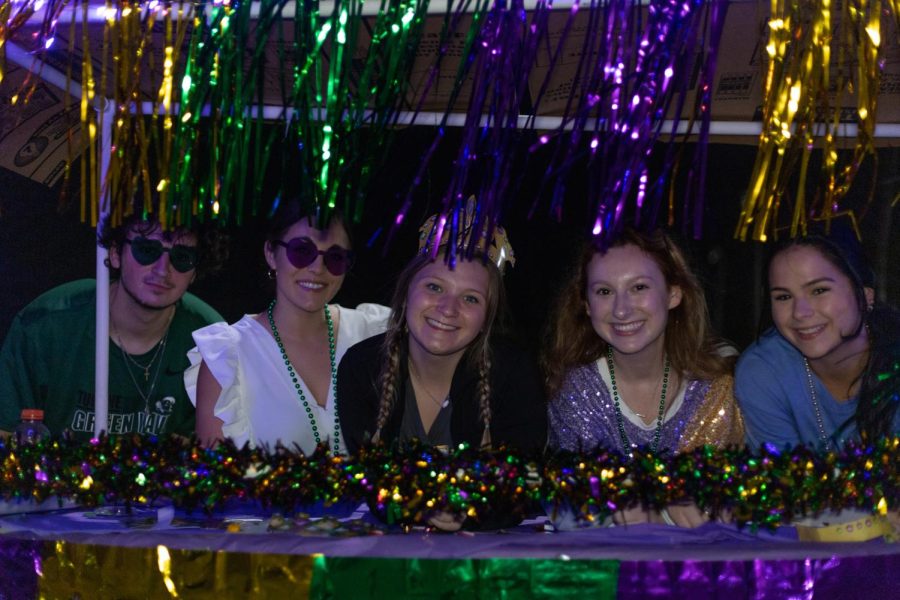 From Feb. 21 to Feb. 24, Nicholls State University’s Student Programming Association (SPA) put on an entire week’s worth of activities for the Mardi Gras holiday.

These events kicked off with a Mardi Gras breakfast on Feb. 21 in the cafeteria at 8:00p.m. Many students had plenty of fun eating breakfast for dinner and spending time with friends. After the breakfast, games and music were provided by KNSU to allow the festivities to continue.

On Feb. 23, it was time for Mardi Gras Mambo with Nicholls Alumni. This took place in the Student Union at 10:00a.m. The students and alumni alike all had a great time partaking in these holiday festivities.

This festive week concluded with Colonel Gras on Feb. 24 from 6:00p.m. to 9:00p.m. The biggest event of the week, Colonel Gras took place in the Family Day Parking Lot by Ayo Hall. The event was complete with Mardi Gras beads, a 360 degree camera and Mardi Gras masks, king cakes provided by the Student Government Association (SGA), and a table float competition between university organizations. The winners of this competition came down to the French Club as number one, the Colonel Cats organization as second, and the Geek Content Culture Club in third place.

The “GOT Groove” band rocked the stage, and SPA gave out free Colonel Gras t-shirts. The winners of Mr. and Mrs. Nicholls were also announced at this event, with the winners being Trevor Tabor and Victoria Bourgeois.

It is so heartwarming to see the Nicholls community be able to partake in such fun activities for the Mardi Gras season, especially considering the lack of activities in the past couple years.