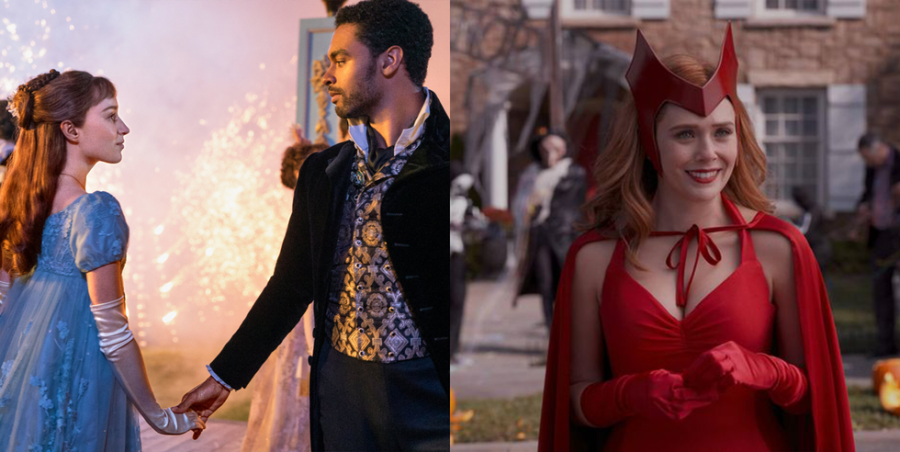 Halloween is right around the corner! Based on this year’s social media trends, we can predict what most costumes will look like on the streets. So, here are a few ideas if you’re still looking for something to wear this year.

Based on the boom it had after its release on Netflix, this year’s “Squid Game” costumes will most likely be one of the top choices this Halloween; whether it is the frontman, the pink jacket workers, the players or the doll.

Cruella has always been a pretty famous costume to go for, but after the release of the new Disney Cruella DeVil movie, you can expect to see many black, red and white villains on the streets. If you want to make this a couples costume, get a dalmatian costume and put them on a leash.

It is the perfect time to dress up like royalty for a night and be dutch or dutchess without anyone questioning why. To really nail the look, go for a Regency-style dress with a high waistline, and add some white gloves and a tiara.

After the release of her movie earlier this year, it is almost impossible to not want to put on her black jumpsuit paired with some braids and be a real badass. Let’s face it, she has always been everyone’s favorite.

The season of Halloween calls for witches and pointy hats. This costume never fails to come out every Halloween. Even the DIY versions of it make for a great costume. Get a black dress, a witch hat and some dark makeup, and you are all set.

Dinosaurs are always a good costume to pick for Halloween, as the prehistoric giants never go out of style. The inflatable version of the Dinosaur costumes is always a classic, comfortable and fun costume to wear.

After the release of the incredible sitcom on Disney+, there are plenty of outfits that can be copied for this Halloween season to look like Wanda Maximoff. There is her iconic comic book Scarlet Witch costume or her ‘50s sitcom outfit in the first episode, as well as her MCU version of Scarlet Witch.

Harley Quinn and The Joker

The unique villain couple of Gotham City never misses an Halloween outing. Harley is definitely an easy and sexy go-to costume, and to make it even more iconic, make sure you pair up with someone to be your Joker.

“*cough* *cough*  I’m sick!” There is never a time when the Mean Girls’ crew is a bad idea for Halloween! Get your friend group together, and remember to wear pink! If you want to give it a Halloween twist, copy their Halloween party costumes…. “I’m a mouse, duh!”

The iconic and colorful sweet treats are an easy last-minute costume that is great for a group. Get some plain t-shirts and stick either an “S” or an “M” on them!

The classic 1950s film never goes out of style, especially not for Halloween. The Pink Ladies or the T-Birds from “Grease” make a great group costume, and Sandy and Danny make the perfect couples costume.

Walking around on campus, you know who looks like a frat boy and who does not. Those little details that make the frat boys stand out are hard to miss. The backwards hat, the sunglasses, the lanyard sticking out of their pockets, the tall socks and the red solo cup for parties. Pull that together, and you have got yourself a frat boy costume.