the nicholls worth • October 1, 2021 • https://thenichollsworth.com/7010190/showcase/netflixs-sex-education-review/ 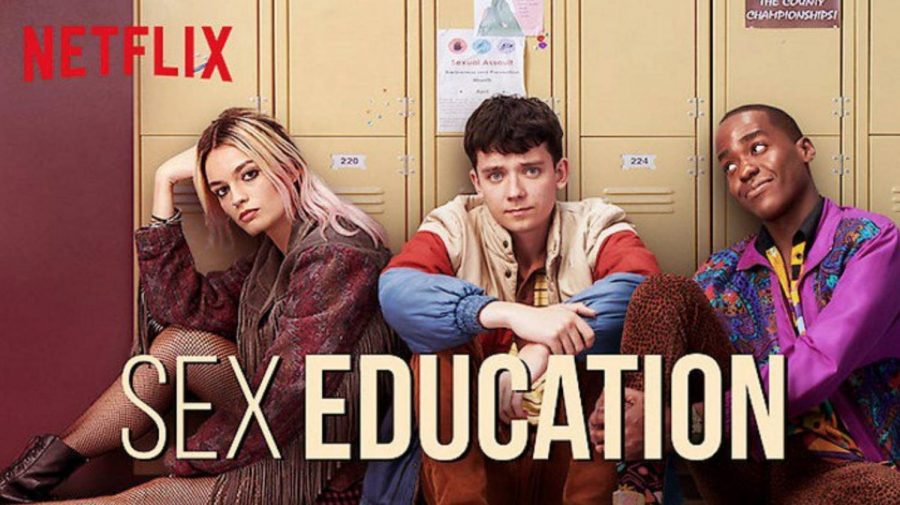 Season three of Netflix’s “Sex Education” finally expands the story of its characters rather than sticking to the main couple.

Throughout the show, we have seen how Maeve (Emma Mackey) and Otis (Asa Butterfield) run a “clinic” advising their classmates about sex while secretly having unresolved feelings and constantly missing each other. In this season, Otis and Maeve grow distant and the show instead concentrates on the people around them.

Season three targets not only sexual taboos that young adults are facing today but also mental health issues that are often obliviated. We get to see that most characters in the series have a back story that explains their constant actions throughout the show. The directors did a great job of incorporating these stories and connecting them to the problems that characters are currently facing.

After the cliffhanger ending of season two where Isaac (George Robinson) deletes Otis’ voicemail on Maeve’s phone, their relationship crumbles. This keeps them distant throughout the season. So rather than concentrating on their relationship, this season goes into depth around Eric and Adam’s relationship.

Adam is one of those characters that grows on you as the show progresses. He went from being a purposeless jerk to being someone fragile that just has a hard time communicating with others. In one of the episodes, Mr. Groff, Adam’s dad, goes to see Otis’ mom, and we find out that he grew up in a household where crying was forbidden. This makes the audience think that he might have raised Adam in the same way, and that is why he has such a hard time communicating with Eric. In several instances, we get to see Adam on the verge of crying and instead, he pauses to breathe and stops himself from letting the tears run.

Another character that has trouble coping with her reality is the fabulous Ruby (Mimi Keene). At school, she is the queen bee and is practically untouchable, however, she is too scared of what others might think if she makes the wrong move. Behind closed doors, Ruby is sweet and caring for her sick dad. Her living situation is not nearly as fabulous as she makes everyone else think and she keeps this side of her life hidden away from her closest friends.

Eric has been one of the public’s favorite characters since the beginning of the series, and in this season his story continues to unwind. He is that one person that is not afraid to be himself and enjoys every moment of it. In season three, things change for him because he is forced to stay “inside the box.” He has to put up with keeping a secret relationship because Adam is too afraid to tell his mother about them. On top of that, Eric has a family trip to Nigeria, where being queer is a felony.

Maeve and Ola (Patricia Allison) deal with the downsides of a broken family. Ola has a hard time adjusting to a new family, learning to respect boundaries, and accepting a new sibling after losing her mother to cancer. Maeve has to deal with her mother’s actions and become a responsible adult to look after her little sister, all while trying to maintain her good standing in school.

Things also begin to change at school, as a new headteacher is introduced, and she wants to change everything about the school. She wants the name “sex school” to disappear and wants all the drama that happens to go away. She begins to make strict changes that instead of keeping everyone in line, make them rebel even more.

Even though this season felt a little bit different from past ones and slightly slower, it was still worth the watch. It might even teach you something new!  All episodes are available for streaming on Netflix. If you’ve already seen it, let us know what you think of it in the comments below.