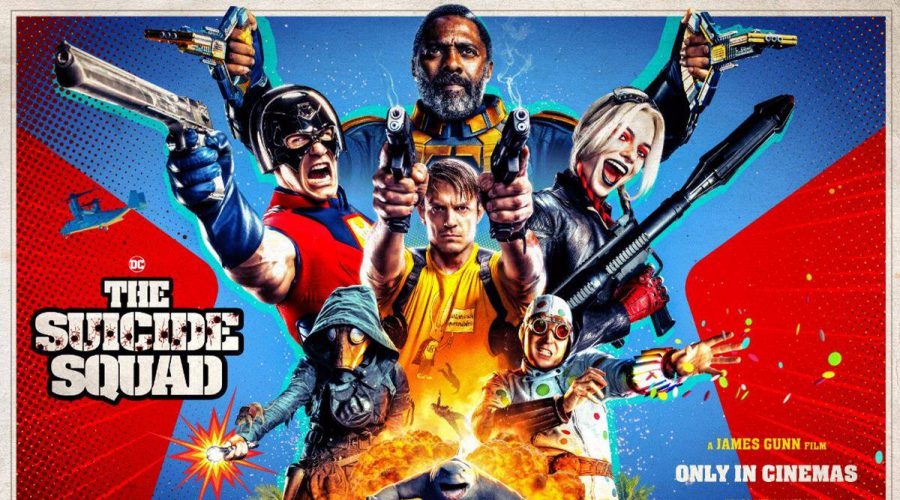 James Gunn’s latest film, “The Suicide Squad,” has finally premiered both in theaters and on HBO Max. Both fans and critics have praised the film since its release. This film is a sequel to “Suicide Squad” (2016) and is the tenth film in the DC Extended Universe (DCEU). “The Suicide Squad” boasts a star studded cast, including Idris Elba, Margot Robbie, John Cena, Daniela Melchoir, David Dastmalchain, Viola Davis, Sylvester Stallone, Joel Kinnaman and many more.

{This review will contain major spoilers!}

While this film may be a sequel, it can be viewed as a standalone film. One of the greatest things about this movie is how unique it is compared to the films that came before it. This is because, unlike other DC films, director James Gunn was given full creative control over the film. The other films in the franchise suffer from the studio’s meddling with the production of the director’s vision. Because this film was written and directed as an R-rated film, Gunn used lots of humor, gory scenes and coarse language.

The film reintroduces Task Force X, a team of super criminals within the DC universe, led by Colonel Rick Flagg (Joel Kinnaman) and Amanda Waller (Joel Davis). While led to believe that this film would star more than twenty of these task force members, more than half of these recruits die within the first ten minutes of the film in surprisingly humorous ways. In this way, Gunn shows how high the stakes are in this film, as no one is safe from harm.

The immense cast is what makes this film so amazing. All the actors shine in their own unique styles.

Elba’s character, Robert DuBois/Bloodsport, is shown to be this serious, tough weapons-expert, who also has a severe phobia of rats. While the execution of his performance is funny, the backstory of this phobia is just as emotional and dramatic.

Cena’s character, Peacemaker, has this hilarious rivalry with Bloodsport throughout the film, which made it a highlight of the film.

Every character in this film was great in his/her own way, including Polka Dot Man (David Dasmalchain) and King Shark (voice of Stallone and stand-in actor Steve Agee). However, the standout character of this film was none other than Daniel Melchoir’s Cleo Cazo/Ratcatcher 2. Melchoir really shined in this film throughout her performance, as she was the heart of the team. Much like Bloodsport, Cazo’s origin and backstory was dramatic and emotional.

The amount of absurdness in this film is another great attribute.

Although the Squad had to fight Starro the Conqueror to protect the island of Corto Maltese, it is revealed that Starro is just another character with a tragic backstory. Starro was kidnapped from space by American astronauts and tested on for thirty years in a lab. This emotional story from the “villain” of the story was intriguing as it shockingly paints the American government as the true villain of the story.

Overall, this film was easily one of the best comic-book films that has ever been released. Hopefully, Gunn will return to write and direct more DCEU films soon.

Gunn announced late last year that a “Peacemaker” series will be released on HBO Max sometime in early 2022. So, audiences can look forward to that as Gunn begins to film his upcoming, final “Guardians of the Galaxy” project.

Did you enjoy “The Suicide Squad?” Let us know what you thought of the film in the comments below!