the nicholls worth • July 7, 2021 • https://thenichollsworth.com/7010073/uncategorized/wander-franco-makes-major-league-debut/ 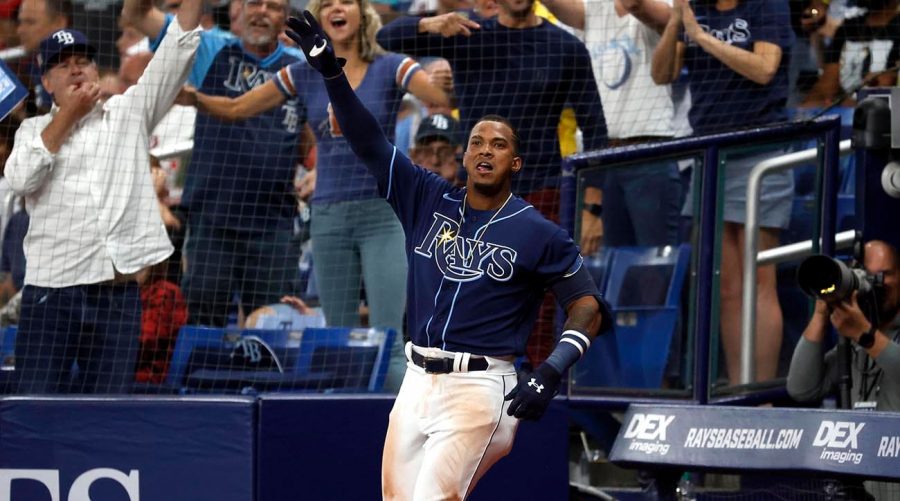 Number one prospect in baseball Wander Franco made his Major League debut on Tuesday, June 22, as the Tampa Bay Rays faced the Boston Red Sox.

The 20-year-old switch-hitting shortstop out of the Dominican Republic started off his MLB career with a bang, as he went 2 for 4 with a three-run home run and a double.

Franco has been the consensus best prospect in baseball since 2019, as he was considered a future superstar from a young age.

In fact, Franco was just 16 years old when he signed with the Tampa Bay Rays in July of 2017. Tampa Bay signed the young phenom for $3.825 million. This was the largest figured deal signed by any international amateur that year.

Shortly after signing, Franco dominated at every level of professional baseball in which he competed  throughout the minor league system despite being about three to five years younger than the average person at each level.

He comes from a baseball bloodline, as his uncles Erick Aybar and Willy Aybar played in the Major Leagues for a combined 17 seasons. His father and two brothers also played minor league baseball for a bit, but they never made it to the Major Leagues.

Baseball’s next young star is finally here, and his name is Wander Franco.