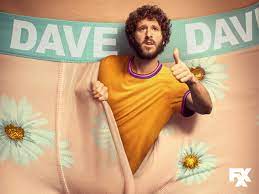 “Dave” is a very successful American comedy series that stars rapper and comedian Dave Burd (Lil Dicky), as it tells the story of a man who believes that he is destined for international superstardom, but at what cost? Throughout the first season, you see tremendous character development, as he decides to sacrifice his friendships and love life for his career while chasing his dream.

It also shows the behind-the-scenes of the entire rap industry and how it runs from signing record deals to getting other artists to feature on your work.

The show has many executive producers, one of whom is comedy legend Kevin Hart.

Some of the biggest stars in the music industry appear in season one of the show.

As if I need yet another reason to convince you to binge watch the first season of “Dave” on Hulu before season two releases, the show averaged about 5.32 million viewers per episode! This makes it the most successful comedy in the history of FX!

Whether you love hip hop, drama, silly comedy, or romance, this show has something for everyone, and I would highly suggest it to anyone!