the nicholls worth • April 26, 2021 • https://thenichollsworth.com/7010031/showcase/zack-snyders-justice-league-released-on-hbo-max/ 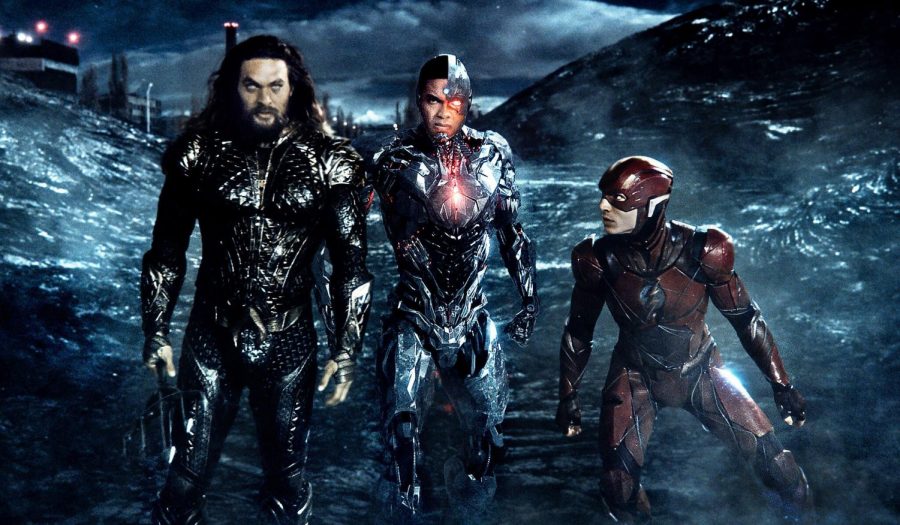 Snyder walked away in the post production stages of the 2017 film and Warner Bros brought in Joss Whedon to finish the job. This resulted in critics bashing the film along with many disappointed fans. The fans kept pushing for Snyder’s cut to be released and HBO took on the task to release it. The director’s cut lasts four hours with two minutes and it is divided into six chapters and an epilogue.

The four-hour-long film stretches the introductions of each character, adding dramatic, slow-motion scenes with an iconic soundtrack. Like the scene where Aquaman (Jason Momoa) walks out of the town bar while drinking a bottle of liquor and reaching the rocks where he disappears back into the ocean. The two most developed characters in this cut are Cyborg and the Flash, the stories of these superheroes are more appealing to the audience now that they are explained thoroughly.

This film digs deeper into the origins of Victor Stone (Ray Fisher) in a set of slow-motion scenes at a high-school football game and then during the accident that eventually led to his father turning him into a cyborg. It expands on the reason why he does what he does while holding on to a glimmer of hope. In the 2017 movie, he is introduced as a simple teenager that randomly turns into a cyborg and his powers are not thoroughly explained.

It also introduces the powers of the Flash (Ezra Miller) in a different scene, where he saves a girl from a car crash while attempting to get a job at a pet store. Much more time is also devoted to explaining the origin of the mother boxes, where they come from, what they are and why they are so important, which seemed to be rushed in the 2017 version of the film.

Snyder’s cut has a different ending in which the Flash plays a greater role. In this one, the flash has to be “quick enough” around the city to allow Cyborg to get to the mother boxes before they finish merging, yet when Steppenwolf’s plan succeeds, it is up to the Flash to move so fast that time is reversed.

The epilogue, which lasts 40 minutes, has enough material that leaves room for another trilogy of the franchise. However, no news has been released yet that this could be a possibility. Lex Luther breaks free from the asylum and appears on a yacht with Deathstroke talking about how to kill Batman as Luther reveals that Batman’s real name is Bruce Wayne.

In the final scene, Batman is dreaming of an apocalyptic future where Superman appears with an evil look in his eyes. He awakes and is greeted outside his house by the Martian Manhunter that tells him their fight with the dark side is not over.