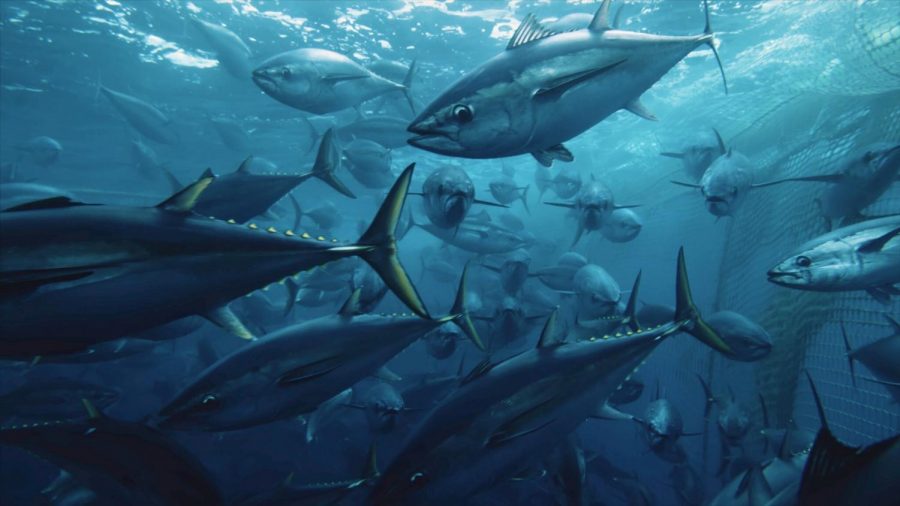 The new Netflix documentary, “Seaspiracy,” focuses on bringing awareness to the well-being of marine life due to commercial fishing.

The film is directed by Ali Tabrizi. The director and his partner have ventured throughout the world to document and interview many individuals as to why marine life is dying out at such a rapid pace.

The film touches on many tough subjects such as slave labor in Thailand, government surveillance in Japan and even cultural events, such as The Grind in the Faroe Islands. The filmmakers were told by the people they were documenting that just by filming them, they were risking their lives to get this message out to the world.

This was true in the fact that they had to cut an interview short because police were on their way to arrest the filmmakers for talking to these workers.

The film has been met with mixed reviews by both critics and audiences. Critics have pointed out particular inaccurate statistics and even particular interviews that were supposedly taken out of context. Others who were interviewed for the film, such as the crew of the Sea Shepherds have expressed support for the film.

Personally, I had a couple of issues with the film. For example, it seems that the director was too abrasive at times with the interviewees which came across as unprofessional. I think that some of the messages that the film presented may have been tough to hear but necessary to spread awareness.

However, I do not agree with his solution to the problem. Tabrizi’s solution to the overfishing issue is to simply go on a vegan diet. While this is a commendable solution, I don’t see it as the ultimate solution. Many people don’t rely on commercial fishing in order to get seafood, they will just go out and get the seafood themselves. As long as an individual doesn’t overfish, there shouldn’t be a problem with depleting the ecosystem of marine life. Bait fishing, fly fishing and spearfishing are all great ways to obtain seafood individually and not through corporations.

Have you seen “Seaspiracy”? What did you think of the messages presented in the film? Let us know in the comments below.