the nicholls worth • February 19, 2021 • https://thenichollsworth.com/7009777/showcase/movie-recommendations-for-a-cold-day-indoors/ 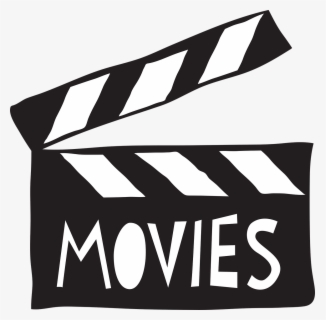 The weather outside may be frightful, but the movies to watch inside in the meantime are surely delightful. Over the last couple weeks, we have been experiencing sudden drops in temperature, and many people have been staying indoors to stay warm and cozy on their couches or beds. Here are a few movies to watch to remind you of the warm, summer atmosphere.

“Baywatch” is a comedy film based on the television series that premiered in 1989, centered around a team of lifeguards. The 2017 film is a reboot of the series starring Alexandra Daddario, Zac Efron and Dwayne Johnson. The film is the perfect blend of summer action and comedy. If you’re looking for a fun summer film, “Baywatch” is the one to go.

The animated film, “Moana”, also has a nice, warm feeling in it due to the Polynesian setting. The film stars Auli’i Cravalho and Dwayne Johnson as Moana and Maui, respectively. This movie has an awesome soundtrack and a powerful message as the film follows Moana’s journey to save her island of Motunui with the help of the demigod, Maui. Luckily, the songs are great and you are bound to get a few stuck in your head.

“The Talented Mr. Ripley” is a film based on the book of the same name written by Patricia Highsmith. The film follows the book somewhat closely in which Tom Ripley is recruited by an older couple to bring their son, Dickie, back from Italy. Ripley travels to Italy where he befriends both Dickie and his girlfriend, Marge. The cast includes Matt Damon, Jude Law and Gwenyth Paltrow as Tom, Dickie and Marge, respectively. The Italian summer setting is quite beautiful in the film. Much like the book, the film takes a sharp turn in the story and definitely seems to keep the audience on their toes.

Pirates of the Caribbean

I am not recommending any particular “Pirates” film, because most of these films are great in their own right. The five films follow Jack Sparrow, played by Johnny Depp, as he journeys among the seven seas and comes into contact with many mystical artifacts and foes. My personal favorite in the franchise is the second film, “Dead Man’s Chest”. These films are so great because of the well-developed characters, such as Will Turner and Elizabeth Swann, the action-packed and comedic tones and most of all, the Caribbean setting. While the franchise dwindles after the third film, each film is enjoyable in their own way.

Can you really imagine a list of warm, summer movies without this iconic film? Not only is “Jaws” a great summer beach film, but it also paved the way for summer blockbusters in general. In order to protect his family and the citizens of Amity Island from an oversized great white shark, police chief Martin Brody, played by Roy Scheider, has to hunt down the monster. The acting and effects of the film still hold up really well after releasing nearly fifty years ago.