the nicholls worth • February 12, 2021 • https://thenichollsworth.com/7009757/uncategorized/nicholls-state-university-is-install-a-coastal-center-on-campus/ 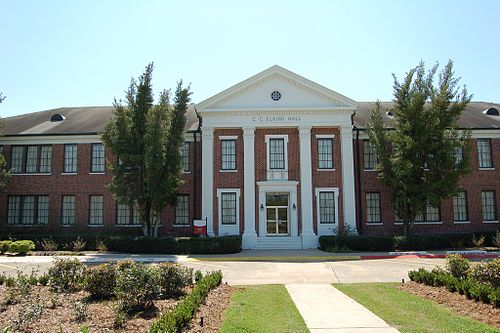 On Feb. 8, it was announced that Nicholls State University, in partnership with the Coastal Protection and Restoration Authority, has hired the Duplantis Design Group to construct a Coastal Center on campus.

According to the article released by Media Relations and Publications Coordinator Jacob Batte, construction of this 33,000 square-foot building will follow a bid process, which should take place by the end of the year.

Batte reported that this building will be positioned at the corner of Acadia and Ardoyne Drive, across from Calecas Hall. He wrote that this new Coastal Center will also allow for scientists from across the state to join forces with Nicholls biological science and geomatics departments, generating a variety of measures to prevent and repair Louisiana’s sinking coastlines.

Dean of Sciences and Technology, Alcee Fortier Professor, Distinguished Service Professor Dr. John Doucet stated that the agreement to build the Coastal Center on Nicholls’ campus was signed back in 2019 by Governor John Bel Edwards, the Coastal Protection and Restoration Authority and President Clune.

He mentioned that this Coastal Center was aimed to be designed in similarity to the River Center in Baton Rouge, under the Administration of LSU.

“The Coastal Center at Nicholls would address the Terrebonne and Atchafalaya Basins, regarding coastal issues,” Doucet said.

Since this establishment in 2019, Doucet explained that there have been a multitude of tasks, task forces and subcommittees working on designing the center, as well as discussing the scientific and engineering needs of all that needs to be conducted in that building.

“After the course of that time, we’ve come up with a beautiful concept of a building and with the help of the Parish and CPRA, we have some preliminary schematic architectural plans. Now, we’re working to find funding through the state and through private areas to try to have the building built,” Doucet said.

In terms of student involvement in this Coastal Center, Doucet explained that unlike most of the centers that address coastal issues, this is important for Nicholls because it’s a college institution to incorporate students.

At the same time that work will be done in order to protect and to restore Louisiana’s coast, a new generation of coastal stewards will emerge from the University.

In regards to the specific work to be carried out within this Coastal Center, Doucet emphasized the importance in addressing sediment transfer in the Terrebonne and Atchafalaya Basins.

“Terrebonne has the largest mass of land lost in the state, and the Atchafalaya is the only growing river delta in the United States. So, we have sediment over on the west in the Atchafalaya, and we have a lack of sediment everywhere on the east,” Doucet said.

He also mentioned miles of levees built currently along the river and along some of the coast, as well as the millions of dollars that are being placed into building the Morganza to the Gulf levee system. These systems would need to be studied, as well.

“There’s some data that needs to be collected and some different structures, like living levees and poorest levees that need to be studied before they can be built,” Doucet said.

He went on to explain that the coastal center will also focus on anytime a levee is built, dirt is moved and a watershed is studied or one studies the ability of water to drain from the river downstream to the gulf.

In the long run, Doucet said that this coastal center will have a positive impact in the way that we will help support the coastal master plan that has been established by the state and CPRA.

“For the state to achieve its goals in restoring and protecting the coast, the Nicholls Coastal Center will certainly have an important impact. We will be the closest center to the Gulf, itself. We’re also the university that’s closest to the fastest eroding land and we intend to have the biggest impact because of that vicinity,” Doucet said.

Regarding Nicholls’ individual campus, Doucet explained that this Coastal Center will nearly transform the university’s science offerings from very basic to very applied.

“Now, we’re gonna have a very specific task to undertake, and that’s to protect the coast. That’s going to involve not only some Biology, and maybe some geomatics, but also some engineering and sedimentology,” Doucet said.

With this Coastal Center on Nicholls’ campus, Doucet mentioned that this installation will also work to attract students from all over the world. New course offerings will most likely be available, as well as various types of scientific research that has not been present for 70 years.