the nicholls worth • November 6, 2020 • https://thenichollsworth.com/7009533/news/nicholls-alumni-named-executive-chef-at-commanders-palace/ 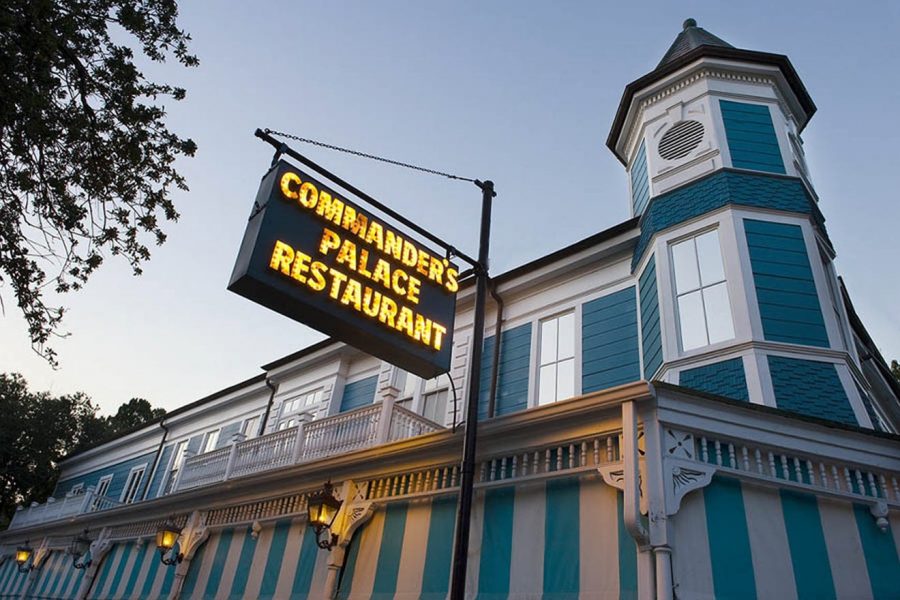 On Oct. 12, it was reported that Meg Bickford, alumni of Nicholls’ Chef John Folse Culinary Institute, would be stepping up as the new Executive Chef at Commander’s Palace.

In an article for The Times Picayune, Ian McNulty wrote that chef Tory McPhail was resigning from the position of Executive Chef at Commander’s Palace, holding the position since 2002. Relocating to Montana with his family, Chef McPhail will work for a local restaurant in Bozeman. Inheriting his hat and kitchen is Ms. Meg Bickford, 34, former sous chef at Commander’s Palace.

McNulty, a Rhode Island Native, studied English at Rutgers University in New Jersey before becoming a journalist in his hometown, mostly covering general news. In 2002, McNulty made his way to New Orleans, this time covering food.

McNulty described his decision to write about food with the fact that it connects so many people across a diverse community with shared passions of great food and hospitality.

McNulty also mentioned that he was drawn to the city of New Orleans because he found it to be a community that produces a lot of interesting stories. He explained that because it captivates people’s imagination all over the world, there’s always going to be an interest in what happens in the city.

In retrospect, the city of New Orleans also holds some significance to the newest Executive Chef at Commander’s Palace, as Meg Bickford was born in Harahand, which is a town right outside of the city limits.

Bickford recalled her early childhood, as both of her parents are Louisiana natives.

“So, my dad’s from New Orleans, and my mom is from Cut Off, Louisiana, which is near you guys,” Bickford explained.

When Bickford turned three, her family relocated to South Carolina for six years. Another six years were dedicated to living in Atlanta, Georgia before her family moved to the panhandle of Florida. Staying in Gulf Breeze, Florida, Bickford attended high school at Gulf Breeze High.

After graduation, Bickford was acquainted with the Chef John Folse Culinary Institute here at Nicholls.

“I just had the best four years. It was really incredible,” Bickford said, describing her experience at the university.

As Bickford began at the University in Fall 2004, she explained the old building’s setup, consisting of two small kitchens in the science lab, sharing the building with another class.

Bickford offered her admiration, listing Chef Randy Cheramie, Chef John Kozar, Chef Don Kasten, and the late Chef George Kaslow as four of the instructors who really immersed her into the culinary program.

“I felt like I lived at school, and I loved it. I wanted to be a part of every extracurricular activity, like dinners that we would do and events and auctions, and all that stuff. It was incredible. It really helped to shape who I am today,” Bickford commented.

As for the knowledge that she took with her, Bickford accredited a great majority of it to the scholarship she’d earned to study abroad at Institut Paul Bocuse in Lyon, France.

Bickford looked back on the three months in France as life changing, an experience that she revisits often.

“With the French inspiration in our food, I gained so much knowledge doing that. But not only that, it helped develop me, as a person, into who I am today,” Bickford explained.

Bickford also credited her former instructor at Nicholls, Chef Kozar, in landing a job with Commander’s Palace. In an interview with Commander Palace’s co proprietor Ti Adelaide Martin, he brought Bickford’s resume with him.

“He passed my resume onto the guys in the kitchen, and I got a phone call to do a stodge, and I didn’t even know that I had applied for the job,” Bickford said with a laugh.

Moving onto how things were after graduating from Nicholls, Bickford said that it was definitely challenging. She expressed the massive difference between school and a real life big, busy restaurant. Still, Bickford assured that school helped in preparing for her entrance into the work field.

“I will say that when I graduated, I felt like I was a big fish in a little pond. Then, coming to coming into Commander’s, those roles were definitely reversed. But, it was a very positive thing for me, because there was a whole new ocean to learn,” Bickford stated.

Additionally, though it was a little intimidating, Bickford said that she felt very prepared.

In terms of becoming the first female Executive Chef in the kitchen’s history, Bickford described it as a very important thing. She mentioned that as women have not been given a lot of opportunities in the past, it’s great that there’s an increased presence in today’s industry.

As she called it a very positive and exciting thing, she’s more focused on being the Chef of Commander’s Palace.

“I have a very big role in front of me, and a lot of responsibility, and so that is my focus. But, I’m excited about it, and I’m proud. We can all do what we put our minds to, and it’s about how hard you work and being confident enough to do that,” Bickford explained.

In turn, as she’s been with Commander’s Palace for well over a decade, Bickford mentioned that she’s had the privilege to work her way up in the kitchen. She’s worn a lot of hats.

Just a few years prior, Bickford had been appointed Executive Chef to one of Commander’s sister restaurants, Cafe Adelaide. When their contract ended with Loews Hotel, where the cafe was located, Bickford returned to Commander’s Palace, eager for the next step.

Bickford also believes that in being at cafe Adelaide, Co proprietors Ti Martin and Lally Brennan maybe had other plans to help her prepare for the role she’s been given.

“Chef Tory leaving is a bit of a surprise, but he’s also been here for 19 years as Executive Chef, so I’m excited for him to move on to new adventures, and very excited about my new role,” Bickford said.

As a closing bit of advice to those hoping to follow the same career path, Bickford said that it takes a lot of work.

“My dad said to me, coming into this industry, you work on weekends, you work on holidays, and when all of your friends are playing, you’re working. When you get to play, they’re usually sleeping,” Bickford remembered with a laugh.

Furthermore, Bickford identified the culinary industry as a very challenging style and demanding, especially when one is in a position that she finds herself in.

Bickford described working in the restaurant business as constantly striving for perfection, and fighting a fight that one knows they’ll never be able to win. Still, they should get up and just try hard to win it.

More so, Bickford stated that to be successful in the industry, one has to think of it as a people industry, and not just as a food industry. It’s all about the people.

“You have to have that inner gut feeling, that need for satisfaction of serving people. That has to be a very genuine feeling,” Bickford explained.

Add in the idea of hard work, the constant pushing of one’s self, and a disciplined life to foster all of that hard work that it takes, then Bickford said one should do just fine.

“It takes a lot of confidence and a lot of drive, but it’s incredibly rewarding,” Bickford said.