the nicholls worth • October 1, 2020 • https://thenichollsworth.com/7009342/sports/nba-finals-preview-can-the-heat-pull-off-the-upset/

NBA Finals Preview: Can the Heat pull off the upset? 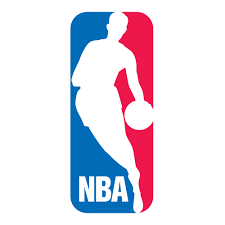 Lebron James is in the National Basketball Association (NBA) Finals; stop me if you’ve heard this one before. This is James’ 10 NBA Finals appearance, but it’s the first with the Los Angeles Lakers who will face off the Miami Heat.

A heavy favorite to come out of the Western Conference and win the NBA Finals before the season started, it is no surprise to see the Lakers as one of the last two teams standing.

The dynamic duo, James and Anthony Davis led the Lakers to the number one seed in the Western Conference.

The Miami Heat, on the other hand, was not supposed to be here. The team entered the playoffs as the fifth seed in the Eastern Conference, and it was considered a team that would only make things competitive against a higher seeded team at best.

When Jimmy Butler signed with the Miami Heat, many viewed him as a locker room “cancer” and a bad teammate. However, Butler and Miami Heat have been a perfect match for one another so far.

While the Lakers consist of players who have playoff experience, NBA titles, all-star teams and multiple awards during their career, the Miami Heat players do not.

The Heat has a roster full of players that have had to work hard and grind to maintain their spot in the league, which is why the Butler and Miami relationship has worked out so great.

Although he is considered to be a top 15 player now, Butler has had to fight his way to earn that status, which is why he is the perfect leader for this team.

The Heat is often praised for its culture. It requires players to be completely all-in and embrace conflict as a means to produce change and improvement.

The matchup between these two teams will be an interesting one. The Lakers have the two best players in the series, but the Heat may have the better overall team.

Expect the Heat to try to neutralize James by throwing multiple different players at him defensively. The Heat also possess perhaps the two best players to defend James, Butler and Andre Iguodala.

The Bam Adebayo-Anthony Davis matchup will be one to watch as well. If Davis can capitalize on his size advantage and have a good series, the Miami Heat will be in trouble.

The Heat has a significant edge when it comes to the role players have over the Lakers. Tyler Herro has the ability to go off and score twenty points in any quarter. Duncan Robinson is one of the best spot-up shooters in the NBA. When the Heat needs to calm things down, it can always go to Goran Dragic or Jae Crowder. They are defensive players and can be used to defend James. Crowder is a pretty reliable three-point-corner shooter, and Kendrick Nunn provides the Heat with another scorer off the bench.

If the Lakers can get good minutes from Kyle Kuzma, Danny Green or Kentavious Caldwell-Pope it will go a long way. Alex Caruso always seems to provide a spark for the team with his explosive leaping ability.

Guys like J.R. Smith and Dion Waiters who are on the bench can get hot in an instant and change the game and if Rajon Rondo can channel Playoff Rondo for this series, he can give the Lakers an excellent secondary ball handler.

This should be a very good NBA Finals because the Miami Heat will not be in awe of James, and they most certainly will not bow down to “The King” without a fight.

My prediction is the Miami Heat in six games. I believe they have too much firepower for the Lakers and the ability to have multiple guys that can defend James will be key.