the nicholls worth • September 25, 2020 • https://thenichollsworth.com/7009304/uncategorized/opinion-movie-review-of-antebellum-with-spoilers/ 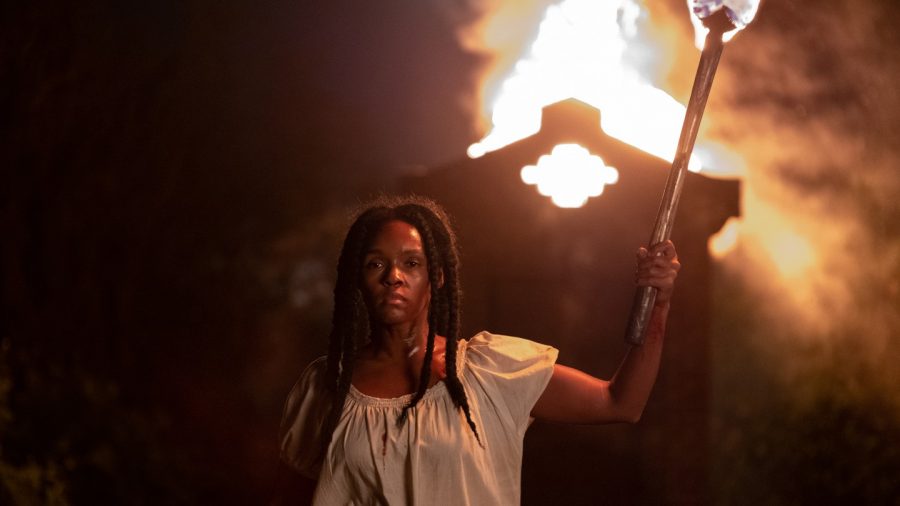 Antebellum is a very suspenseful movie filled with horror and mystery; it will have you trying to fit the pieces together as the movie unfolds. Even though the movie wasn’t well-received by critics, I personally enjoyed the movie as it had me trying to figure out what exactly was going on with each new clue that was presented throughout the film.

The beginning of the film started off slow as there was no dialog. When the film opens we are introduced to a bunch of confederate men on a southern plantation chasing down a runaway slave who is killed shortly after.

The dialog is finally introduced when Janelle Monáe’s character ,Veronica Henley, is being tortured for her attempt in helping the runaway slave that was killed moments earlier.

Then the film moves towards shots of slaves working in the cotton field, as well as Veronica sneakily tiptoeing around her room trying to figure out which floorboards are the quietest. She puts some kind of paste on the door frames to make sure the door won’t make any squeaks. Based on these scenes, you can tell that she is planning an escape but hasn’t figured out when the best time to escape is.

The film then jumps to a present-day scene of Veronica waking up with her husband in bed which leaves you a little confused. They make it seem as if the film took place back in the day, however, this is far from the truth. You soon learn Veronica is actually an activist who speaks on behalf of black people and more importantly black women.

When she goes on a business trip for a press appearance, she is stalked by a woman named Elizabeth (Jena Malone) and a man known as Captain Jasper (Jack Huston). After a night out with her two friends, she gets in an Uber to head back to her hotel and is abducted by both Elizabeth and Jack.

She is later taken to the southern plantation that we saw at the beginning of the film. Here we learn that there is a group of people abducting people of color and making them participate in slave activities. If they refuse to participate then they face torture and death.

I don’t want to give out too much information, but this is when the film starts to really pick up, it gets to a point where you are beginning to have a clear understanding of what exactly is going on.

I won’t spoil the ending, but I will say that you should definitely take the time to sit down and watch the film, it is really worth the watch and I can guarantee you won’t regret it.