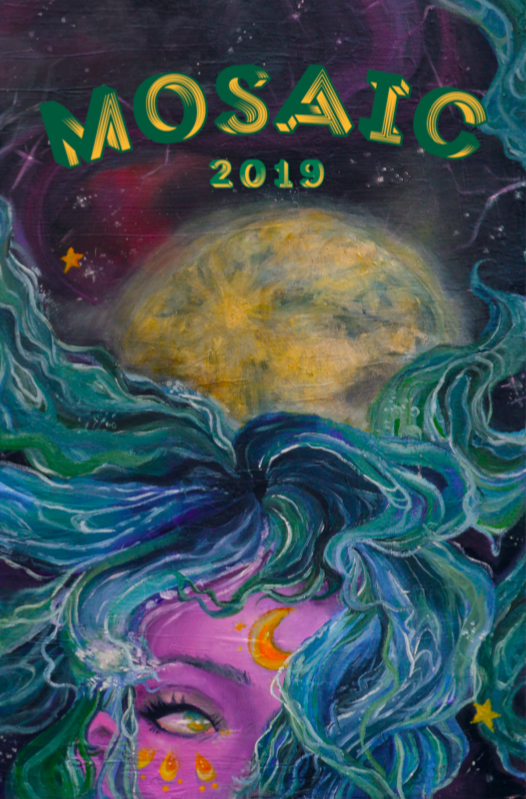 Nicholls State University’s Mosaic magazine has finally made its return to campus, with the 2020 issue now available and in the process of distribution.

In light of this news, Associate Professor of English Dr. Katherine Conner first offered a rundown of how piecing the Mosaic together works each year.

She explained that starting up in the fall, her classes will typically make flyers to solicit submissions, as well as issue signs around campus. Additionally, as a new issue is in the process of distribution, bookmarks are also included, urging students to submit their work to the upcoming issue.

Amongst these practices, Conner stated that once submissions are in, her students undergo a blind review.

“I’ll take the names off, and then post them to Moodle. The students in class will then read and assign a ranking to these submissions. That’s how we decide who gets published in the new issue,” Conner said.

Furthermore, she mentioned that the editing student plays in this process. As Connor assured that this paid position is always held by a student, this person typically holds more responsibility than the rest of his or her peers, as they take on tasks such as extra editing.

As a whole, Conner mentioned that this process takes about six months to complete.

The most recent issue suffered a bit of a delay due to the outbreak of Covid-19 last semester. Connor said that the class had been in the process of working on the proof, and they were about to send it to the printers whenever lockdown occured and they were forced to move online.

“We usually have a release event where we give out magazines to the students who were published on that issue and the editors, but we couldn’t have that. And, we also couldn’t have a big table in the union to give them out last spring,” Conner said.

Even now–though the 2020 issue is finally able to be released, Conner expressed that the hyflex format still makes things difficult, as not all students are consistently present on campus.

In turn, though Covid-19 has impacted the release of the 2020 issue of Nicholls’ Mosaic, they are still excited. The issue can be found in racks all throughout campus.

“There’s a couple in Peltier, in the student union, in the Admissions Office, in the library and in Talbot. And, we refill them,” Conner said.