the nicholls worth • September 22, 2020 • https://thenichollsworth.com/7009289/sports/spring-football-schedule-announced/ 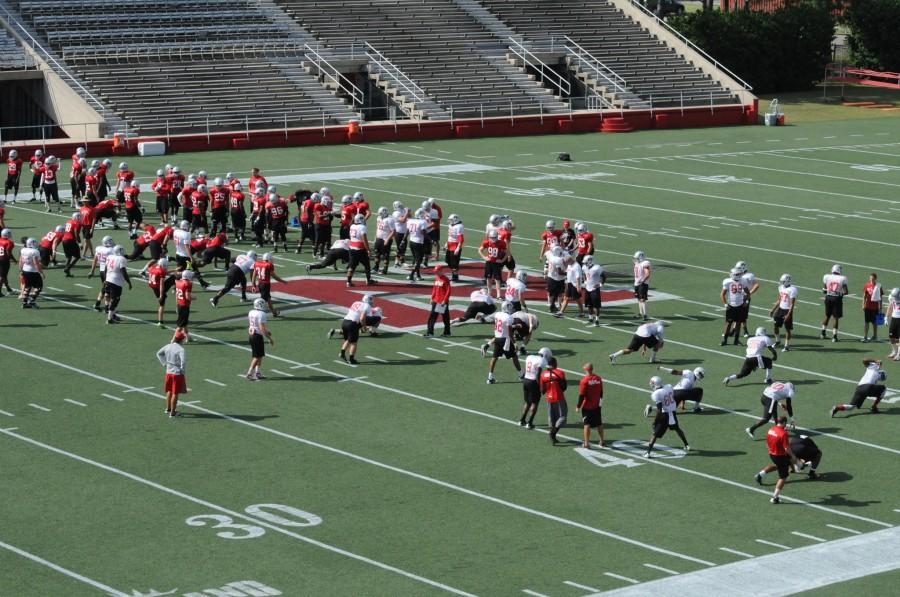 The Nicholls State football team warms up before practice on Thursday.

On Tuesday, the Southland Conference announced its plans to resume football in the 2021 spring semester.

As opposed to a fall’s regular eleven-game season, the Colonels will play a six-game spring season composed exclusively of Southland Conference opponents.

The six games will be played over an eight-week period to provide flexibility if schedule changes need to be made.

The Southland Conference champion will per usual receive an automatic bid to the Football Championship Subdivision (FCS) playoffs, which will feature a reduced bracket from 24 to 16 teams.

The Colonels will kick off the season on Feb. 27 and finish regular season play on April 10.