the nicholls worth • September 23, 2020 • https://thenichollsworth.com/7009288/uncategorized/review-the-social-dilemma/ 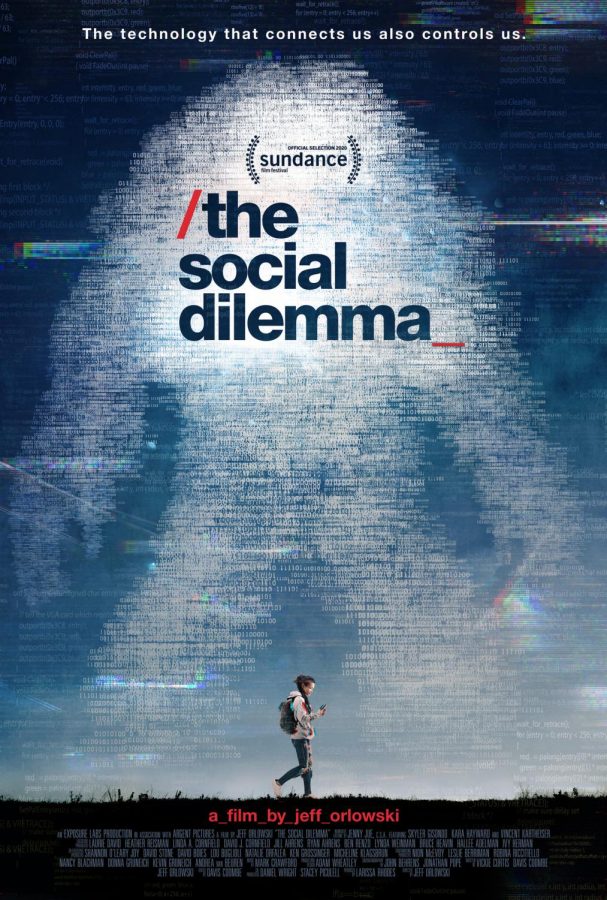 It includes interviews with former employees at major social media corporations such as Twitter, Facebook, Apple, Pinterest and Google. They give insight on how social media can monitor every click we make. These large corporations can monitor our actions based on our clicks and how long we spend looking at an image.

The eye-opening documentary left me startled to know how much of our daily lives is being monitored. The film includes a story with actors that explains more explicitly how they monitor our actions and keep us engaged.

It shows three people simulating artificial intelligence in a tech room that controls everything a teenage boy sees on his phone. They can detect how much time he has been off-screen and takes it upon themselves to send engaging notifications that will bring him back to the screen.

The documentary explains that these large social media platforms make money off of ads. The longer somebody spends looking at an ad, the more money they make. It exposes how we are being sold to other companies through social media.

There is so much information out there that nowadays it is impossible to know what is true. The vast amount of fake news has had a tremendous impact on our society. A perfect example of the harm social media can cause is the current pandemic. With so much fake news going around the world, it is hard to determine what is true.

The documentary also discusses the negative effects of social media on peoples’ mental health. Disorders such as anxiety, depresion, suicide and addiction have all increased rapidly in the past few years due to the distopyan society that has been created around social media.

The people who used to work for these corporations left for ethical reasons. They knew that what was going on couldn’t be good for our society. They do not allow their own children to use social media for this same purpose.

After watching this documentary I was honestly scared to use my phone. I went to settings and looked at the amount of time I spend on social media and I was taken aback. Even though I have gone on social media cleanses before, I keep coming back to these apps and wasting away my days on a screen. What begins as a ‘‘like notification’’, rapidly turns into 40 minutes of scrolling.

Have you ever found yourself engaged in a conversation with someone and then you find ads on the topic you were discussing? Have you ever searched for something on the internet and then that is all that pops up for a while on ads? Liked a picture on instagram, and then see endless posts from that user? We are being watched, and sooner or later we will regret giving these corporations so much intel on our daily lives. It is time to make a change and step away from social media.