the nicholls worth • September 22, 2020 • https://thenichollsworth.com/7009275/sports/cassidy-barrios-named-new-assistant-coach-of-womens-basketball/ 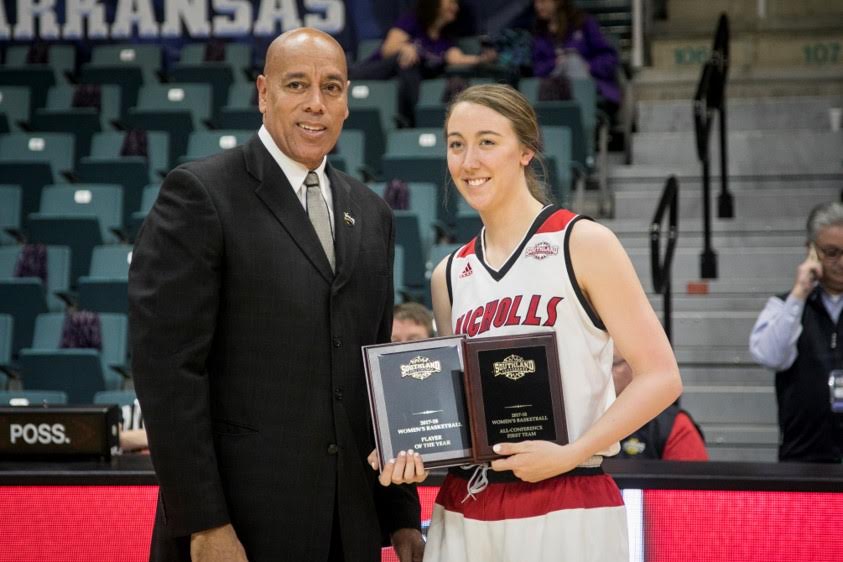 The Nicholls women’s basketball team has found a new assistant coach to add to its coaching staff, and her name is Cassidy Barrios.

Barrios played for the Colonels for all four years of her collegiate career and has an outstanding list of awards and accomplishments. She is well known for her hard work and dedication to her teammates, coaches and her community.

As a player, Barrios always felt like she was at home. She said that she has always had a “great family atmosphere” at Nicholls and she is excited to continue her career here.

Head Coach DoBee Plaisance said that as a player, Barrios was outstanding and the “most unselfish player” ever.

“She represented everything a student-athlete should be. She was the ultimate teammate, one of the most coachable players I’ve ever had. She was great in the classroom, great in the community and she excelled on the court. The only thing greater than the numbers she put up in her four years was the heart that she played with,” Plaisance said.

After graduating, Barrios went to play for the Women’s Adriatic Basketball Association to live out her dream as a professional basketball player.

“I was only there for a short while,” Barrios said. “But it was a different experience. I was in Bulgaria, so definitely a different culture, different people, different language, but I did enjoy it while I was there.”

Barrios said she had never thought that she would be a coach, but in the back of her mind knew that if a position was presented to her, she would take it.

“It’s definitely different, but I knew I always wanted to be around basketball whether it was coaching, being on the sidelines, anything. It’s just what I love to do,” Barrios said.

When the position for assistant coach had opened up, Plaisance said she knew exactly who she wanted.

“I was excited,” Barrios said. “It is a great opportunity to coach here at Nicholls because I am very familiar with how things run and I’ve played with half of the players on the team for two years almost.”

Plaisance also said the university was blessed when Cassidy Barrios said yes to Nicholls.Plaisance said that as a coach, Barrios will empower her players just as she empowered her teammates when she was on the court.

Barrios said she is extremely excited to start coaching and that she is dedicated to her new job. She said that she likes to “lead by example” and, like the rest of the coaching staff, wants to help the players improve themselves not only in basketball, but also in life.

Plaisance said that Barioss’s extensive knowledge of the game will prove to be extremely helpful in her new coaching career.

“She has a very high IQ for the game and she will continue to carry that IQ from the court to the bench,” Plaisance said. “As a coach, she is just as dedicated, she is just as committed and her love and her passion for Nicholls will always be her driving force.”

Plaisance said that everyone on the team loves Barrios. The players and coaches respect her, and she brings both of them together. While still being very young and newly graduated, Barrios still has the player mentality with the ability to lead as a coach—  a skill that will surely come in handy.