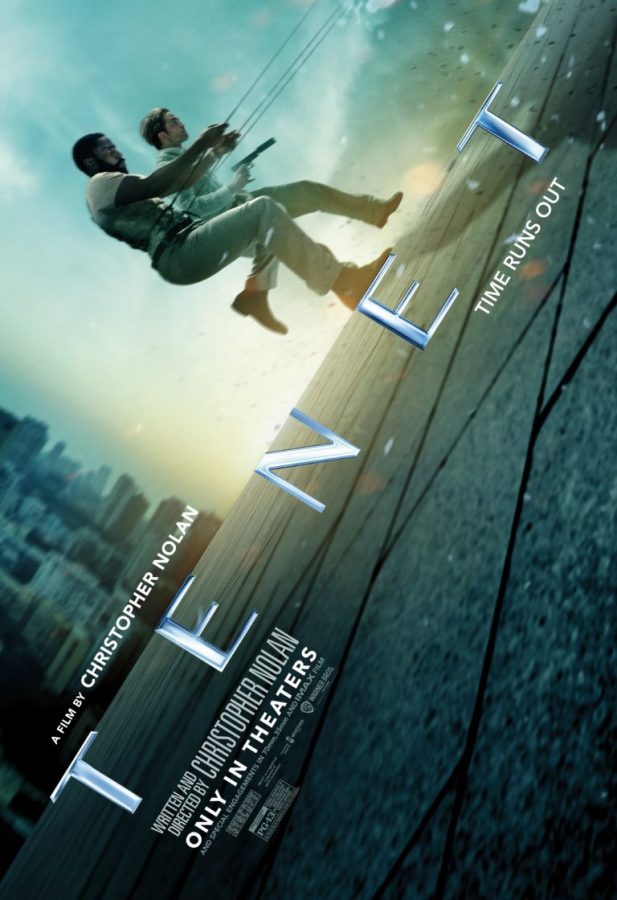 Christopher Nolan’s latest film offers a complex premise that is difficult to even explain. There was a line in the new Tenet film that advises you how to watch it, “Don’t try to understand it, just feel it.”  It’s clear that this film may require multiple viewings to completely understand it, especially concerning the third act.

Like most of Nolan’s films, Tenet offers a very interesting and complex story, along with mind-blowing pseudoscience and plot twists. The film follows an unnamed protagonist played by John David Washington as he uncovers a new threat to the world. He is teamed with Neil (Robert Pattinson) and Kat (Elizabeth Debicki).

The Protagonist learns of a new invention that can invert time and objects through time. While characters may be going forward in time, objects will be going backward. For example, the protagonist doesn’t shoot bullets from his pistol, he catches them with the pistol.

Some of the action scenes include one person going forward in time, while the other goes backward. This leads to some pretty fun antics and mind-blowing visuals, especially during the third act.

One of the biggest problems of the film was the sound mixing. There were times when the sounds of the surroundings, like gunfire or even running were louder than the dialogue between the characters, so it was difficult to understand what they were saying in addition to an already complex story.

The most notable performance from the film was Debicki as she struggles to free herself from an abusive husband, Andrei Sator, the main antagonist of the film. Debicki really takes it away when she’s on-screen.

Washington’s and Pattinson’s characters also have some of the best moments, especially when discussing their “dramatic” plans to prevent the end of the world.

Overall, this was a very enjoyable movie. It may take a few rewatches to fully understand what is going on, but it’s a fun ride nonetheless. Hopefully, it will be available for everyone to stream soon, instead of being exclusively available in the theater.