the nicholls worth • September 11, 2020 • https://thenichollsworth.com/7009214/sports/here-is-whats-happening-with-the-nicholls-marching-band/

Here is what’s happening with the Nicholls marching band 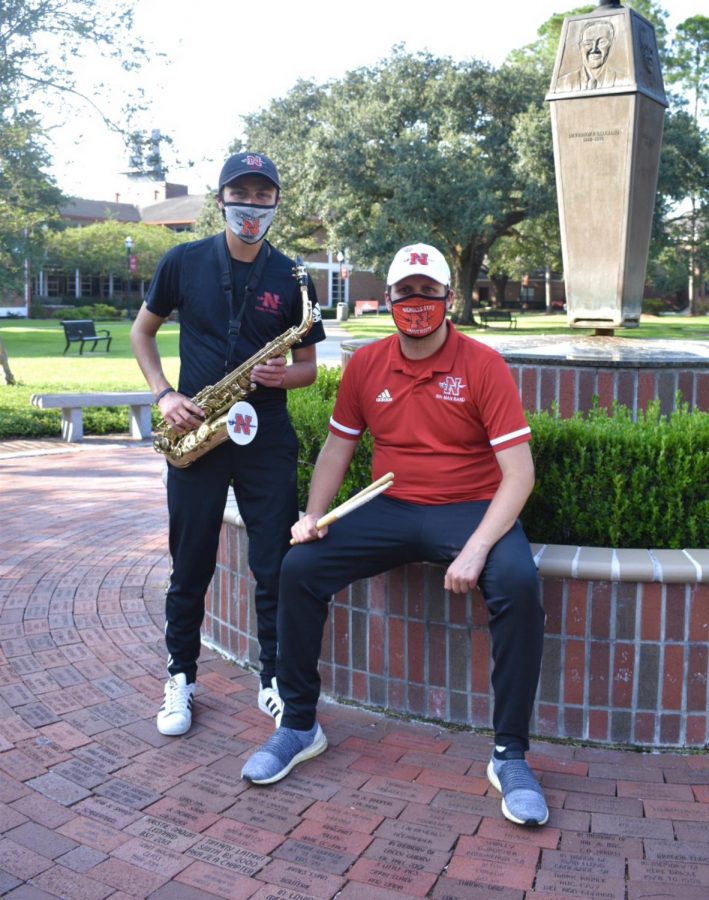 With the impending news of football not being played and various other events possibly being cancelled, the marching band devised a plan for how to handle the semester.

Director of Athletic Bands Gabriel Arnold said that with the marching band still being a class, they have had to make sure that the students still have activities to do during the semester.

“We would like to plan for community events and play for them if we can. Hopefully around October we can start performing in front of an audience again,” Arnold said.

The marching band will also look to be more active on social media during this time by uploading performances to their various social media accounts (Facebook, Twitter and Instagram).

With over 140 members in the marching band, they have had to change the way they practice, making sure they are adhering to the guidelines set for social distancing.

“We have had to stagger rehearsals when we start, because not everyone can fit inside of the band hall because of the protocols. As soon as the students get to class, they have to immediately grab their instruments and go outside. When we perform our drill, we are spaced out six feet apart and have also ordered bell covers for the instruments,” Arnold said.

Arnold believes that if football were to return in the spring, we could expect to see a much smaller band due to students likely having prior commitments.

“I can’t expect our numbers to be as big in the spring, because students allot their time to other things. We have a lot of seniors who may be going on internships and also students who have chosen to take other classes at that time. So, I expect a smaller band during that time. We could look more like a pep band that you would see at basketball games,” Arnold said.

Senior Dallas Tabor, who serves as one of the band captains and flute section leader, said that it has been weird not performing at football games on Saturdays.

“We go to band every Monday, Wednesday and Friday. We are preparing and marching all of these shows and playing all this music. We get to Saturday, and it’s weird because normally, we spend all day at the games. It’s kind of like this absent part of my life without the games on Saturday,” Tabor said.

With less opportunities to march, the band has spent more practice time on improving their overall sound both individually and as a section.

“Right now, we are kind of more focused on the musical aspect of our band – making sure we are playing well and building our sound quality. We are still doing a little bit of marching. We have a couple of ideas in the works to post videos of us playing and marching on social media to make sure we are still working towards a goal and as a way to keep everyone engaged in the music,” Tabor said.

As a senior and someone who has been marching since high school, Tabor feels like this situation makes her journey feel somewhat incomplete.

“Going through all my college seasons, seeing the seniors get to do their senior games, get announced, receive their gifts as a part of that, and having a band banquet kind of serves as a memorial to all the seniors,” Tabor said. “It felt like I was working up to that, and now it’s not there. It’s something that I’ve come to terms with, but it feels very anticlimactic.”

If you miss hearing the Pride of the Nicholls Marching Band, make sure to keep an eye out for their performances and follow them on all social media platforms.