the nicholls worth • September 9, 2020 • https://thenichollsworth.com/7009198/news/universitys-fall-enrollment-increase/ 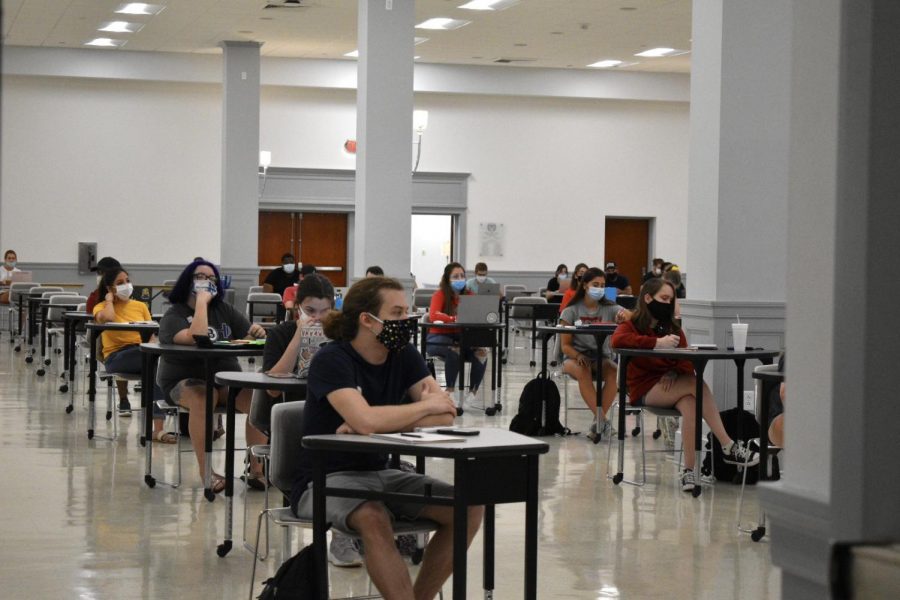 In an email released last week, it was announced that Nicholl State University’s Fall enrollment had reached record highs, not seen since nearly a decade ago.

Written by Media Relations and Publications Coordinator Jacob Batte, the email reported that Fall enrollment had seen a total of 6,780 students. The University had not witnessed numbers like this since 2011. More so, this email also entailed that a four percent year-to-year increase was present this Fall, which had not occurred since 1990.

As retention rates were a huge factor in the increase, Batte’s email reported that this is the university’s third year of exceptional retention rates. Additionally, Batte mentioned that this Fall’s enrollment produced a percentage of 74.4 first-time freshman students returning for their sophomore year, exceeding the national average, which is currently at 61 percent.

Another contributing factor was a 15.7 percent increase to Nicholl’s online platform.

Additional undergraduate departments listed in Batte’s email were Chemistry and other physical sciences with a 24 percent growth, Social sciences with 19 percent and Art with 11 percent.

Director of Enrollment Services Courtney Cassard added to this by accrediting the high retention rates to students that are better prepared.

“It’s a team effort with faculty and staff, in order to progress you through your degree. So, that was a big attributing factor to the increase,” Cassard said.

She also recognized the increase in Nicholls Online.

“We were kind of fortunate that Nicholls Online is a program that is not new, and it was fully developed for a while. It wasn’t trying to come up with a new initiative because the program was already very well-established. And so, we saw that some students that did traditional Nicholls moved to online Nicholls,” Cassared said.

Cassard also acknowledged the success of dual enrollment. As for the majority of increase rooting from Allied Health, Cassard linked this to the demand of students for jobs.

“Chemistry also had a big increase, and the Chemistry faculty–Dr. Chadwick Young, in particular– does a lot of high school outreach and recruiting. That’s really kind of an indicator of the competitive market and where students perceive that the jobs are,” Cassard said.

Discussing future semesters, Cassard mentioned that it would be difficult to indicate if an  increasing pattern in enrollment would remain.

“We were supposed to have an orientation the week after shutdown for the pandemic. So, it was a matter of trying to get all of those students rescheduled for an orientation coming up,” Cassard said.

Cassard expressed her hopes for more control over the coronavirus in the future, so that Nicholls can return to in-person undergraduate orientation.

“A lot of high school students that we’re recruiting now still have to go and take the ACT that they missed in March and April, so everyone’s kind of living in a different time that’s highly competitive with the demographic challenges that we have,” Cassard said.

Still, Cassard labeled Nicholls as lucky due to the fact that the university still holds the resources necessary in order to create relationships with these high school students.

“So, we always keep our fingers crossed. We try to improve efficiency in the enrollment process and that includes financial aid. It’s just kind of too soon to tell at this point. But, we’re definitely optimistic!” Cassard said.