Ball in a bubble 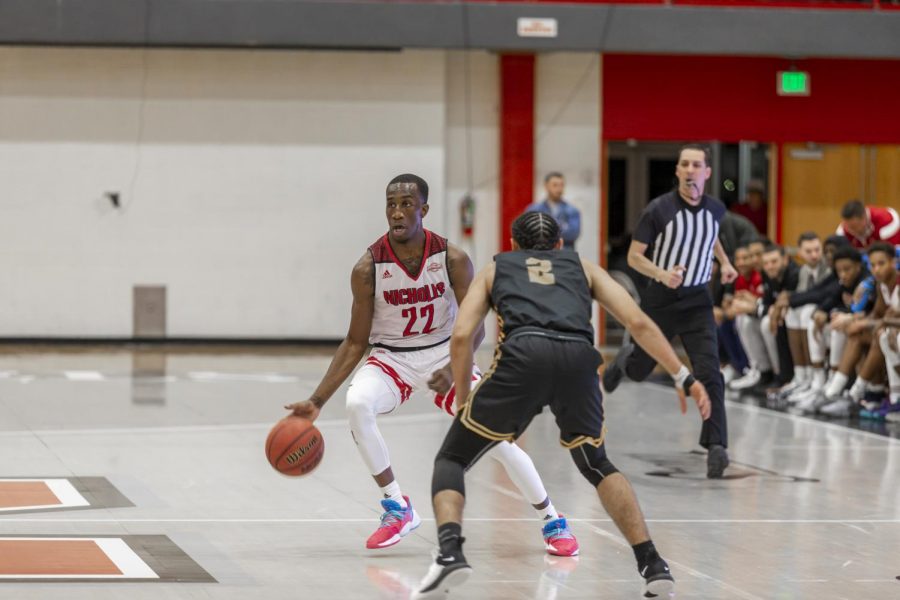 This basketball season, the National Basketball Association (NBA) has placed players and coaches into the well-known “NBA Bubble”.

The “bubble” is a zone of complete isolation with strict restrictions for both coaches and players alike for the entirety of the basketball season. Those in the bubble are not allowed to leave. They may not have visitors, they must always wear a mask and those breaking the rules are told to quarantine for at least ten days.

Regardless, the NBA has proven this method to be extremely successful. With only a handful of players testing positive for Covid-19, it brings up a good question: What would it be like to have a “Nicholls Bubble”?

Austin Claunch, the head coach for the boy’s basketball team here at Nicholls, has reviewed the NBA’s recent success and has even heard rumors of a possible “college basketball bubble.”

“They’ve clearly done an unbelievable job,” Claunch said. “It’s really impressive and it really speaks a lot on the leadership of those two associations, the NBA and WNBA.”

Claunch listed many advantages to the bubble, saying the “quality of basketball” has improved greatly with “less distractions” and more “team building”.

Nevertheless, there are some disadvantages as well. Claunch stressed the loneliness of the situation, saying, “I can’t imagine being away from your family for months at a time…”, not to mention the immense change of atmosphere with no fans being present.

With the college basketball season approaching, Claunch said that the Southland Conference and the National Collegiate Athletics Association should take into consideration the guidelines that the NBA has set out for their season. A college version of the NBA bubble would give college basketball players a chance to “play like professionals” and to show the “dedication [they have] to their craft”.

Like all coaches and players here at Nicholls, Claunch is optimistic about the basketball season. Although the season “will not be the same” without the fans. Claunch is confident in both his team and his coaching staff that they will have a great season this year.

“Colonel nation, hang in there,” Claunch said. “We can’t wait to see you guys at Stopher soon enough.”