the nicholls worth • August 18, 2020 • https://thenichollsworth.com/7008963/showcase/the-spies-goodbye-agents-of-shield-series-finale-review/ 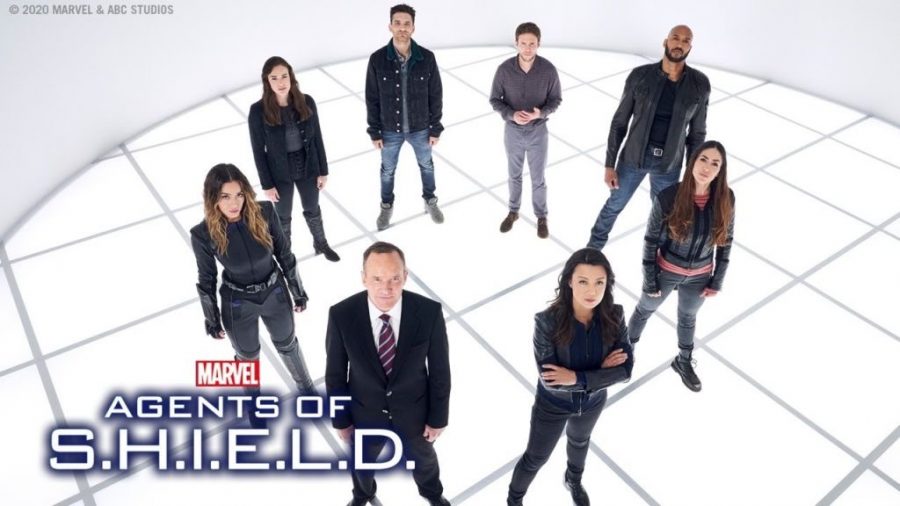 After watching the series finale of Marvel’s Agents of SHIELD, it is no wonder why this is Marvel’s longest running television series. The series finale premiered on Wednesday, August 12. The two-hour long special concluded the seventh season and offered a truly fitting conclusion for the agents.

Agents of SHIELD follows the adventures of Agent Phil Coulson from the film, The Avengers, as he is resurrected and forms a team of agents to solve cases within the Marvel Universe.

While the series has definitely had its ups and downs, this last season has been one of its best! From time-traveling to 1955 in a noir-type detective episode to being stuck in time much like the film, Groundhog Day, each episode has been a joy to watch.

The series finale was complete with great moments, such as the long-awaited arrival of Agent Fitz, as he takes the team back to their original timeline. Fitz had been absent this season due to contractual obligations with actor Iain de Caestecker. While it was great to finally see him again, the season just wasn’t the same without him.

Another memorable scene is when Daisy is trying to reconnect with her sister, Kora, after the loss of their mother. This scene strengthens their relationship after the final conflict between Daisy and Nathaniel Malick.

Of course being a series finale, there were also a few tearjerkers, such as Deke’s sacrifice to stay behind in the alternate timeline so that the rest of the team can go back to the original one. He remarks that the team may once again see him in a distant future due to the fact that Agents Fitz and Simmons are his grandparents.

There was also the reveal that within the time that Fitz and Simmons had gone with Enoch to figure out time travel, they settled down and had a daughter, Alya, named after Simmons’ favorite star.

While there were many great characters, there was one villain that did not work for me, even though he was one of the primary ones. Nathaniel Malick never really stood out more to me than a wannabe ruler with the same powers as Daisy. The Chronicoms felt more lively and human-like than he did, and they were robots.

The final scene features the characters one year after the final conflict, virtually sitting around a bar discussing their current adventures as they have all gone their separate ways.

Mack is now the director of SHIELD, Yo-Yo is a strike team operative, May is a teacher at the newly-named Coulson Academy, Fitz and Simmons have retired in order to spend time with their daughter, Daisy is with her sister in space and Coulson wants to see the world as he recruits more agents for SHIELD.

They remarked how they’d like to stay in contact and meet like this at least once a year. You can’t help but feel this is really the cast saying this through their characters.

Over the last week or so, many of the cast members have shared their behind-the-scenes memories on their social media platforms. It’s clear that these people share a particular bond both onscreen and off.

This show has been a memorable one with fantastic character arcs and various strong storylines. The cast has truly given its all this season. I hope that these characters show up once again either in a movie or on a Disney+ show.

With the Marvel Cinematic Universe rapidly expanding, that won’t be too hard to imagine, especially with rumors of the inclusion of the organization, SWORD. Could we see an Agents of SWORD series in the future? Hopefully we will.

If any of these characters show up in a future installment, I will definitely have a watch. Thank you to the cast and the crew for such amazing seasons.