Family Trip to the 60’s: An Umbrella Academy Season 2 Review 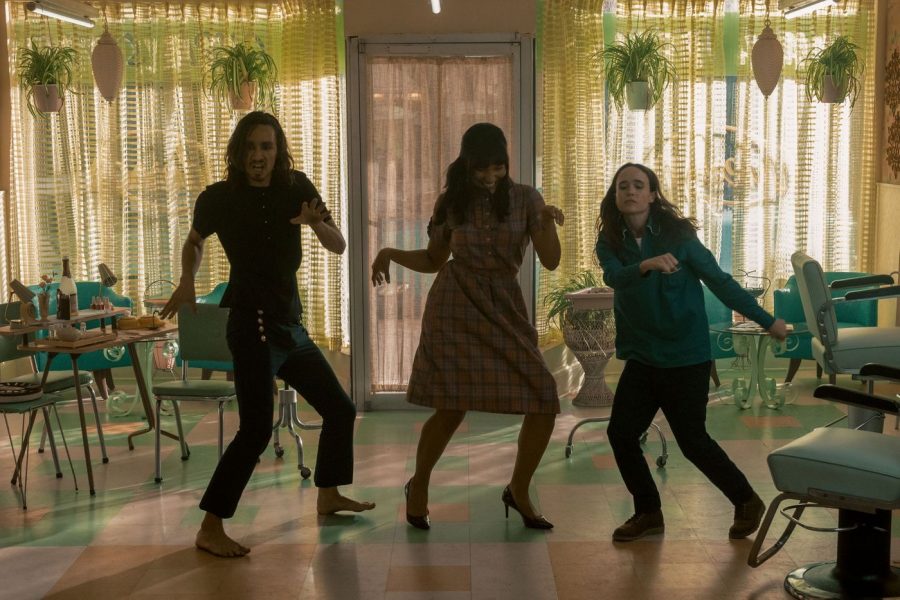 Imagine being stuck 60 years in the past with your superpowered family and only ten days to prevent the apocalypse. That is exactly what the Umbrella Academy must face in this new season as hijinks ensue in Dallas 1963; including a hilarious premise and a stellar soundtrack, this season brings plenty of laughs, tears and dances.

The Umbrella Academy is a Netflix superhero series based on the comics by Gerard Way and Gabriel Bá. The series premiered its second season on July 31, 2020. This season takes place shortly after the events of the first season with different members of the academy scattered across Dallas during different time intervals, between 1960 and 1963, after fleeing the apocalypse in 2019.

The Umbrella Academy is composed of seven superpowered siblings: Luther, Diego, Allison, Klaus, Five, Vanya and Ben. The siblings must overcome their own challenges and band together to prevent another apocalypse. Although it is a superhero show, some of the action is sacrificed for the emotional challenges the characters must face. This allows for the characters to be more relatable to the audience as they face real world issues such as racism, homophobia and child abuse; this also allows for more character development within the story.

Klaus had one of the best arcs this season as he went from an arrogant cult leader to repeatedly risking his life in order to save and help Vanya. He also had to accept the fact that he couldn’t prevent his previous lover, Dave, from enlisting into the Vietnam War, where he would later die.

Although this season was a lot of fun, the idea of preventing the apocalypse with limited clues in a short amount of time was a bit repetitive, which was also the premise of the first season.

The cast delivers exceptional performances. For example, Aidan Gallagher’s portrayal of Five in a hilarious scene as he experiences the different stages of “Paradox Psychosis”, including itching, acute paranoia and uncontrollable perspiration.

Another notable performance is Emmy Laver-Rampman’s portrayal as Allison during the Civil Rights Movement as she silently protests by sitting in an only-white diner. This was a very raw and powerful scene as it shows the overt racism in the diner from the other patrons.

Part of what makes this series so entertaining is the soundtrack that accompanies it. The soundtrack features many classic songs such as “My Way” by Frank Sinatra and “Dancing With Myself” by Billy Idol. There are also numerous noteworthy covers to songs, such as “Crazy” sung by Daniela Andrade, “Bad Guy” sung by The Interrupters. My personal favorite song from this season was a Swedish cover of Adele’s “Hello.” This fun and enjoyable soundtrack truly adds to the quirkiness of the series.

The season finale leaves the audience with a very shocking cliffhanger that will have fans begging for a third season. Say hello to the Sparrow Academy! This new Academy seems more sinister-looking than the Umbrella Academy. Could they be the new foes for next season? Only time will tell. If the next season is anything like the previous two, it will be welcomed with open arms.