the nicholls worth • June 5, 2020 • https://thenichollsworth.com/7008800/news/nicholls-student-organized-a-unity-march-in-response-to-the-death-of-george-floyd/ 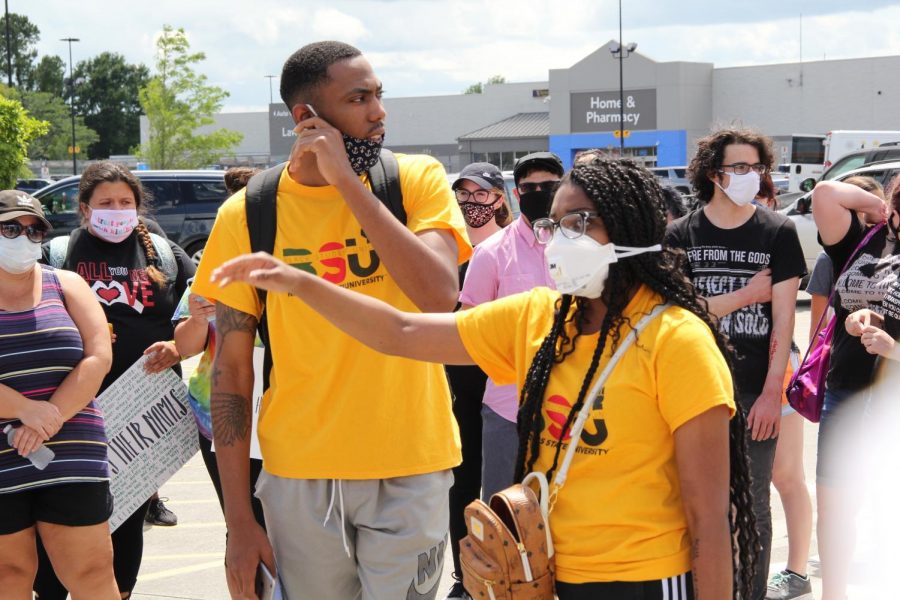 On June 4, a student from Nicholls State University organized a unity march off-campus in Thibodaux at 3 p.m. that began at the 400 Block of North Boulevard (LA HWY 20) and ended at the intersection.

The Nicholls Communications Director, Jerad David, confirmed that this was not an event put on by the university and that it was a student in charge of organizing it.

That student who was behind the organization of this march was Kayla Freemon, a culinary arts major from New Orleans. Freemon is president of Sigma Gamma Rho and president of the Black Student Union (BSU).

“Thibodaux needed a little bit of a change of scenery. Pretty much-bringing awareness to Thibodaux, the death of George Floyd, and police brutality and equal rights for African Americans, not only in the city of Thibodaux but even students at Nicholls campus,” Freemon said.

Freemon said to organize the event, she got a permit because she went to the mayor’s office. She said she talked to police and made sure they were going to be there to keep things in order.

Freemon said she saw other students in Baton Rouge doing their own protest so that’s why she decided to do her own.

Before the march began, Freemon gave a speech where she asked everyone to stay peaceful. She said if anybody sees something suspicious to let anyone know.

Former Nicholls student, Arrington Blanchard, helped Freemon organize this event. Blanchard said he just graduated with a psychology degree and was also the president of the BSU before Freemon.

The march consisted of protestors holding signs and saying phrases like “black lives matter” and “I can’t breathe.” Many Nicholls students, Thibodaux residents and faculty participated in it.

“It’s just awesome that we can all be out here as one community to support one another and just be out here in the name of love and support our brothers and sisters in the black community,” Naquin said.

Members from the Student Programming Association (SPA) were also in attendance at the march, such as the Student Activities Coordinator, Carly Clark.

At the end of the march, Arrington brought up a discussion about the street signs and name changes happening on Nicholls campus. He said they had been trying to do that for a year now.

“I’m tired and I’m angry. I want a change and I want to see it now,” Arrington said.

He also said that we have to hold everyone accountable, including ourselves. He said if people want change then they have to be the change.

President of the Lafourche Parish National Advancement of Colored People (NAACP), Burnell Tolbert, was also a participant in the march.

Many people thanked Freemon and Arrington for organizing the event so quickly. Many students, graduates and residents also gave speeches about what this unity march meant to them.