Former SGA Vice President steps down from his position 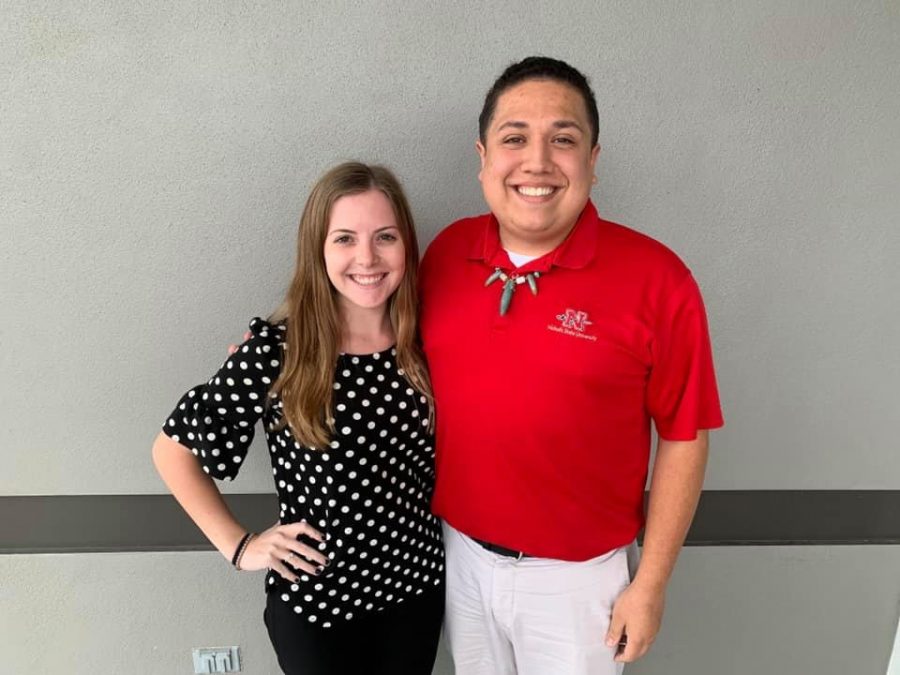 SGA Vice President Pro-Tempore Tyler Legnon took his position and was officially sworn in at the SGA meeting on March 4.

“I am feeling a whirlwind of emotions regarding my installment in the vice president position,” Legnon said. “It was crazy because I was vice president pro-tempore one day and then had to immediately jump into the new position.”

Legnon said that he is excited to be able to represent the student body. He also said he has two and a half years under his belt and that it gives him confidence that he knows what he is doing.

“I’m just ready to jump in and do all that we can—to the best of our ability—for our students,” Legnon said.

Legnon began his career in the SGA as a freshman senator. Due to a busy schedule, he stepped out of the SGA for his sophomore year. He returned his junior year and was appointed to the election commission and was later made a senator-at-large. At the end of his junior year, he was elected as vice president pro-tempore.

Because of his promotion, a new vice president pro-tempore was needed.

SGA Science and Technology Senator Sydney Matherne was the first nomination by the senate, and she was sworn in with Legnon.

“Sydney has probably been one of the most productive senators I’ve come across in the senate,” Legnon said. “Concerning not only the quantity of legislation she is responsible for passing but also the quality of it.”

He said that she fights for the students and works hard to get them what they want and need to make the university better.

“She will be great as the new vice president pro-tempore,” Legnon said.

Matherne said that she was overjoyed to be given the position.

“I was genuinely surprised when my name immediately came up for nomination for vice president pro-tempore,” Matherne said. “In receiving the nomination, and eventually the position itself, I came to the conclusion and knew this was exactly meant to be.”

“I can’t wait to work with our new vice president to help encourage my fellow senators to work hard and get positive and exciting new legislation,” Matherne said.