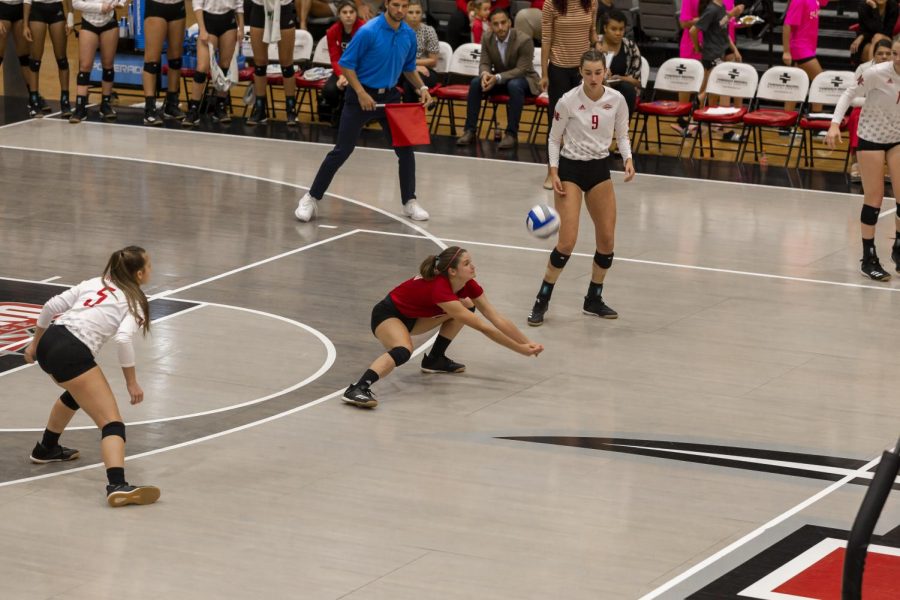 Coming off of a 3-26 season last year, the Nicholls State University volleyball team won 11 of its games this season, ending with an 11-16 record.

The volleyball team began its season with six straight wins in its first three tournaments, the Mercer Bears Classic, Colonels Classic and the LA Tech Invitational.

After being victorious in its game against Mississippi Valley State in the LA Tech Invitational, the volleyball team’s winning streak began to falter.

The team lost its next six games, the final two games of the LA Tech Invitational, all of the South Alabama Invitational and its first conference game against the University of New Orleans (UNO).

The team went on to win against McNeese State University, then fell short against Southeastern Louisiana University.

The volleyball team continued its season with a three-game winning streak against Houston Baptist University, Abilene Christian University and the University of the Incarnate Word.

The volleyball team began to struggle again, losing its next six games.

The team played against UNO, again, this time coming up victorious; however, the team lost its last three games of the season.

The team ended its season with a 5-11 conference record, keeping it in the running for a spot in the Southland Conference Championship.

To be considered for the Southland Conference Championship, the Colonels needed UNO, McNeese and Abilene Christian to lose this past Saturday, but only McNeese lost.

The Colonels ended their season only one loss behind the last team to make it to the championship, UNO, who was 6-10 in their conference games.