the nicholls worth • October 16, 2019 • https://thenichollsworth.com/7007939/uncategorized/professors-from-nicholls-publish-a-book-on-spoken-languages-in-louisiana/

Professors from Nicholls publish a book on spoken languages in Louisiana 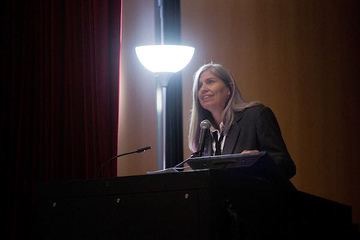 Professors from Nicholls State University worked together to publish a book on past and present spoken languages in Louisiana.

Their book, Language in Louisiana: Community and Culture, is a collection of essays from faculty of several universities who have completed extensive research on language in Louisiana and how it has affected its rich heritage and culture.

“The book has been in the making for nearly ten years,” White said.

The book, according to Walton, took so long to compile, due to the extensive research that had to go into each chapter, along with the constant back and forth between its many authors.

The book will be featured at the Louisiana Book Festival and conferences for the American Folklore Society, the Linguistic Society of America and the American Dialect Society.

“This is truly extraordinary because no other piece of literature quite like this has ever been published. Everything from the front cover to the back is based on our own research,” White said.

Dr. White was one of two editors of the book. She was also responsible for the creation of the index.

The book contains a history of languages across a broad spectrum, ranging from Koshti and Chitimacha to Spanish and French, and it even breaks down English and its many regional subdivisions.

Dr. White wrote a chapter on French and the history of its teaching in schools in Louisiana—specifically in New Orleans.

“The irony here is that schools in New Orleans are teaching international French, and it is seeing a resurgence in the language; it’s only… the generation who would have been expected to maintain the history of the language is the one letting it go,” Walton said.

Walton and White agree that French is the murkiest of the languages discussed in the book. They said that because of the many forms that French has taken on, it becomes difficult to preserve the language because it is not the exact same dialect when moving from region to region.

Their hope with the book is to draw people into the complex nature of the plethora of languages spoken and understood in Louisiana, state-wide.

“Language in Louisiana: Community and Culture demonstrates that we have faculty with expertise in the area of linguistics,” Dr. Ellen Barker, language and literature department head, said. “Other scholars will read and learn from this book and may want to study the area, too, and in addition to scholars, potential students may wish to come to Nicholls to study with Dr. Walton and to learn more about the Bayou Region and language.”

Dr. Walton said that she cannot wait to see where the book goes, and she is excited to begin looking at new information and languages for the next book.

“Language is important because it is the fundamental, most basic tool humans have,” Dr. Walton said. “The language we use is a basic way that we present ourselves, our values and our community to the world. We use language to shape our world, and language shapes how we see the world. Language binds communities together. Language tears communities apart.”